Tracking Climate Change from Space in a Snap 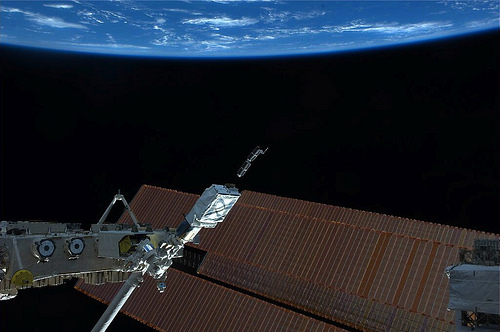 Planet Labs builds and sends inexpensive, small satellites into space to capture and transmit images of our planet, creating new pathways to help track and monitor the effects of climate change from above in real time.

Planet Labs builds and sends inexpensive, small satellites into space to capture and transmit images of our planet, creating new pathways to help track and monitor the effects of climate change from above in real time.

Founded by three former employees of the NASA Ames Research Centre, San Francisco-based Planet Labs looks to up the ante on the Earth imaging game by sending smaller satellites out into space via rocket, equipped with cameras that can capture high res images and transmit them back to Earth faster than is currently possible. Planet Labs aims to build up a hefty, up-to-date catalogue of images of the entire planet, digitally canvassing the planet and transmitting the data with unprecedented speed and frequency, acting as a sort of mega open source database that companies, governments and, particularly, the non-profit sector can use to access real time (or very close to) pictures of our changing planet.

Designed with humanitarian and environmental issues in mind, the system poses numerous benefits to the non-profit and NGO sector, essentially allowing organisations to outsource certain aspects of their information-gathering and monitoring work. Planet Labs’ work can help support environmental activism, offering the possibility to track the effects of climate change, such as drought, flooding and natural disasters, as they occur; monitor deforestation; and predict optimal planting and harvest times for the agricultural sector. Parallel to this, proliferating high quality, real-time images of our planet and our impact on it could help make more citizens conscious of the fragile state of Earth and encourage them to adopt more sustainable, eco-friendly behaviours.

According to TechCrunch, the satellites themselves hover lower than larger satellites, orbiting the planet from a distance of about 400 to 500 kilometres compared to the usual 800 to 1,200 kilometres. The satellites’ closer proximity to Earth allows for better quality pictures with the current models able to take weekly photos of the entire planet with a resolution of about 3 to 5 metres per pixel.

The mini-satellites, dubbed ‘doves’, have a lifespan of about one to three years (shorter than larger satellites) and are relatively cheaper to produce meaning that the team can upgrade the fleet every few years with the latest available technology.

Planet Labs launched four demonstration satellites into space in 2013 and just last month sent the largest ever fleet of Earth-imaging satellites (otherwise known as a Flock and consisting of 28 satellites) skywards. The Flock is docked at the International Space Station where the satellites will be released two at a time and will orbit the planet once every 90 minutes (the first two were released on 11 February). 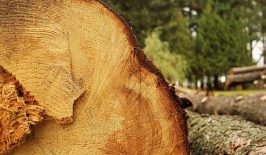 In a CLASlite of its own

Have you found yourself looking at any empty Christmas trees this year? Fret not! Jump online and receive the gift of a lifetime from Stanford University.