What Exactly is a Climate Emergency? And Can Declaring One Change Anything? 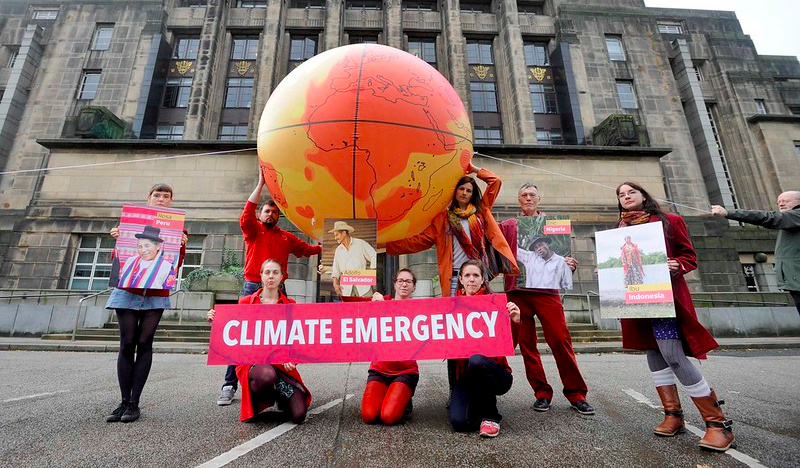 Friends of the Earth Scotland

What do Scotland, Toronto, Pope Francis and the University of Exeter have in common?

What do Scotland, Toronto, Pope Francis and the University of Exeter have in common? All of them have declared a “climate emergency”. But what does that mean for the fight against climate change? Are they just empty words or does the pledge mean that something will be done?

According to ClimateEmergencyDeclaration.org, 1,180 jurisdictions and local governments in 23 countries have declared a climate emergency as of the 4th November 2019.

There is no single definition of a climate emergency, but the very use of the word “emergency” indicates a clear sense of urgency and a call to action. Many places were prompted to declare emergencies after feeling the effects of climate change: intensified storms, higher temperatures, droughts, and natural disasters in their area. Often led by local councils, politicians or civil society movements, the actions of these entities, cities and even whole countries are driven by what they feel is the urgency of the situation. We still have a window of opportunity within which to reduce our carbon emissions and protect our future, but if we leave it any longer, we will be out of time.

Starting in May 2019, The Guardian even decided to start using the term climate emergency in place of climate change with the reasoning that “‘climate change’ sounds rather passive and gentle when what scientists are talking about is a catastrophe for humanity.”

After all, the 2018 IPCC report clearly spelled out the speed and scale of the threat of global warming. We only have 11 years to prevent irreversible damage from climate change and currently, the world is not on track to limit warming to the necessary 1.5 degrees. There’s even a growing consensus that says that we have even less time, and that irreversible damage could occur by the end of 2020. In any case, “2019 must be the year of climate action at all levels.” Limiting global warming to 1.5 C requires immediate and drastic action. And right now, we’re simply not doing enough.

For a whole country or city to declare a climate emergency, that makes that urgency clear, and sets the stage for other places around the world to do the same. And it shows that ordinary people can spur lawmakers to step up and confront climate change.

Climate emergencies are also a good stage for announcing radical new climate goals. When Hoboken, New Jersey, became the first city in the US to declare a climate emergency back in 2017, the city also officially endorsed a citywide mobilization to attempt carbon-neutrality by 2027 and initiate an effort to reduce and remove greenhouse gas emissions.

And when MPs in the UK called a climate emergency, they also called on the country’s government to make changes that included setting a new target of reaching net zero emissions before 2050. When Sydney joined the movement, lawmakers announced their goal to pursue a carbon tax and help workers currently employed in fossil fuel industries successfully transition to sustainable jobs.

What a Climate Emergency Shouldn’t Be

Declaring a climate change emergency is great for increasing awareness of the issue among those who have the power to make the necessary changes, and for giving urgency to the current environmental situation, but it will only have real effects if concrete plans are set into place. It shouldn’t be empty words without any tangible action. Similar to greenwashing, if you declare a climate emergency, but then continue to implement policies which enforce fossil fuel use, the declaration is useless.

So while the UK has formally declared a climate emergency, the country still continues to give billions in support for the coal, oil and gas industries. France, which also announced the emergency as part of draft legislation that aimed to see the country agree to be carbon neutral by 2050, was also found to spend billions each year in fossil fuel subsidies.

Declaring a climate emergency is a positive step that underlines the urgency with which we must tackle the problem our planet faces. Climate change affects us all and should be at the centre of all policy and planning decisions. We have to take tangible action now.

However, the scale of change required for a successful transition to a low-carbon economy is unprecedented. Emissions will need to reach net-zero by around the middle of the century. And governments everywhere are challenged to find ways to make that transition work. Keeping the topic at the centre of the political agenda and at the forefront of people’s minds by ensuring the tone of the debate is one of urgency and importance, might just be crucial to getting that done.

What practical things can you do right now on climate change? We’ve put together a list right here. 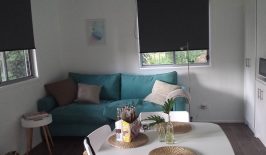 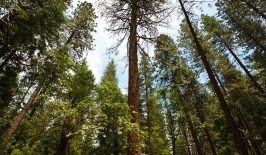 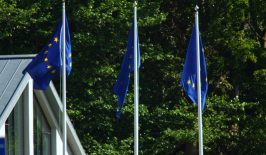 How Sustainable is the EU Really?

The EU likes to see itself as a role model when it comes to the topic of sustainability, and it regularly sets itself ambitious targets. But how far have we really come when it comes to achieving those goals? 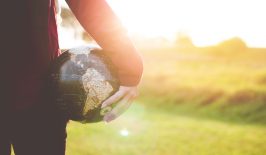 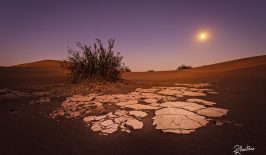 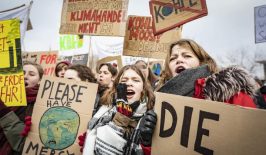