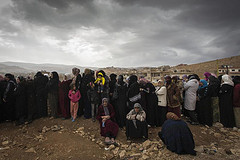 A web platform launched by the International Rescue Committee earlier this year looks to make it easier for Syrian refugees in Lebanon to find reliable aid and commercial services.

A web platform launched by the International Rescue Committee earlier this year looks to make it easier for Syrian refugees in Lebanon to find reliable aid and commercial services.

Since conflict broke out in Syria in 2011, more than four million people have fled the country. Of this, 1.1 million are currently displaced in neighbouring Lebanon. Gaining access to aid, food, water and shelter is critical but meeting the needs of so many people can overwhelm authorities. This scenario is exacerbated in Lebanon by the fact that there are no formal refugee camps set up, meaning that new arrivals are dispersed throughout the country, often in informal camps that lack plumbing, safe drinking water and a regular power supply. This coupled with the fact that the World Food Programme has recently halved the value of the food vouchers it supplies to refugees in Lebanon means that finding other avenues through which to get assistance to people is vital.

To help connect Syrian refugees currently displaced in Lebanon to aid and commercial services, the International Rescue Committee (IRC) launched the web platform ‘Service Info‘ in early 2015. The portal – available in English, French and Arabic and accessible via tablet, computer, smartphone or a hotline – allows people to search for specific services, like education, medical facilities, shelter and even supermarkets, and the service shows results located nearby.

One of the key benefits of the service is that it allows users to rate a service after they have used it (much in the same way that people can rate hotels and restaurants on certain websites), with ratings and comments visible to anyone using the platform.

Getting aid to displaced persons is crucial and connecting them to relevant information is, in the face of large numbers of migrants arriving in new countries every day, becoming more and more important. Find out more about Service Info on their website or head to the IRC’s portal to learn more about the organisation’s work. 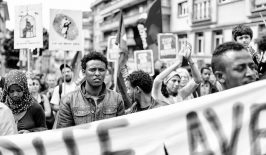 If you've read the news recently you might well think that nobody in Europe has any interest in helping refugees. Governments are struggling to form a response to the current crisis, busy shifting the burden onto their neighbours, and arguing about quotas. 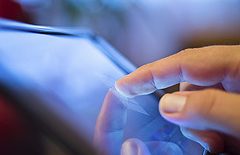