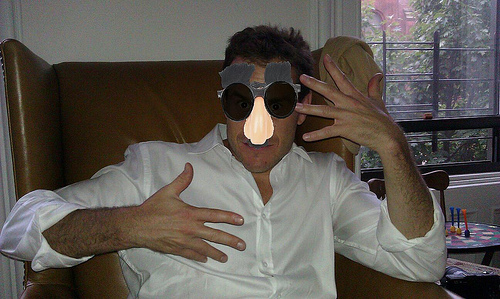 In today’s tech-heavy culture, images of political uprisings, demonstrations and public protests flash across cyberspace faster than anyone can say “privacy infringemet”. While this rapid fire spread of a message can be crucial to galvanising people to support a cause, it can also carry implications for the people depicted in the images – particularly for protesters, demonstrators and activists who wish to remain anonymous.

To help protect the identity of activists, open source software developer The Guardian Project teamed up with non-profit organisation Witness to develop a programme that uses facial recognition technology to blur, pixelate, blacken or disguise people captured in image or on film with glasses and moustache masks. The app (called ObscuraCam and available on Android smartphones) also removes any identifying information from the data file, like the GPS location where the image/footage was taken as well as the type of smartphone used.

Created in 2010, the app automatically detects faces in photographs or filmed footage and then provides options for making the faces unrecognisable, helping users navigate some of the tricky and, in some cases, dangerous areas of keeping identities sealed when it comes to capturing political demonstrations and filing citizen journalist reports.

YouTube also added a similar feature to its service in 2012 allowing video uploaders to blur faces in any footage they upload to the video sharing site. YouTube itself admits that the software can be problematic (one uploader details here issues such as not blurring all faces in the shot or only blurring them after a certain period of time). Nevertheless, it is still a giant leap in the right direction when you consider the popularity of the site and the fact that people are increasingly using at as a news source.

The ability to protect the identity of activists affords politically-engaged citizens a certain level of mobility to speak freely about the issues that matter to them with a potentially reduced chance (though perhaps not totally eliminated) of legal consequences, particularly for people in areas where punshiment for speaking out against an issue is severe.

Download ObscuraCam from the Google Play store here and check out YouTube’s blog for info on its face-blurring tool. 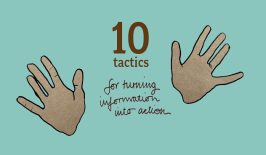 10 Tactics for Turning Information Into Action

Explore how rights advocates use information and digital technology to create positive change.