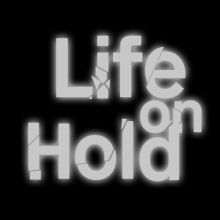 Since conflict broke out in Syria four years ago, an estimated 11.4 million Syrians have been displaced, with 3.9 million fleeing to neighbouring countries such as Turkey and Lebanon, leaving behind most of their belongings, their homes and, for many, a sense of normal life.

The interactive web documentary ‘Life on Hold‘, created by Al Jazeera, follows 10 Syrian refugees currently displaced in Lebanon, among them seven-year-old Maya who resides with her family in a disused hospital in Beirut; Mohammad, a 10 year old who works at a sandwich stall to help support his family; Omar who was injured in a mortar attack and found shelter in a converted prison in Anjar; and Yousef, a Palestinian who was residing in a refugee camp in Syria before fleeing to Lebanon.

The immersive nature of the documentary allows users to explore different facets of each person’s story, including tracing their journey from Syria to Lebanon; hearing stories about life before conflict erupted; finding out their hopes and dreams for the future; and taking a look at the struggles refugees and displaced persons face as they attempt to go about life under precarious conditions. We chatted with Senior Producer Reem Haddad and Producer Reem Shaddad to find out more about the project.

How did the idea for Life On Hold come about?

Reem Haddad: This is one of the largest displacement of people in recent history. The number of Syrians who have fled the fighting is now close to four million so it was on our radar for a while. And then about a year ago we were talking to a friend who works at UNICEF in Lebanon about the influx of refugees. She described heartbreaking scenes of hundreds of people crossing the porous border on a daily basis and the challenges faced by aid organisations in meeting their demands.

So we started researching and found out that Lebanon – Syria’s smallest neighbor – was at the time home to the largest number of refugees (Turkey has now overtaken Lebanon) and that the Lebanese government which has not ratified the refugee convention forbids aid agencies from constructing refugee camps like the ones they erected in Jordan, Iraq and turkey. Syrians who fled across the border to Lebanon had to seek shelter wherever they found it. This made the refugee experience in Lebanon different – accordingly, we decided to travel to Lebanon to meet some of them.

Reem Haddad: War is indiscriminate. Those who fled the fighting – who were scarred by it, who lost loved ones, homes, belongings, identity – come from every walk of life, from different socio-economic backgrounds, age and gender. We wanted this project to reflect that, we wanted to paint a more nuanced picture of who these people are.

The web documentary format helped us achieve that. You get more intimacy with each of the characters while painting a broader picture of the refugee experience as a whole. A traditional documentary usually features one or two maybe three characters but with a web documentary, we could feature more stories and the sum of these stories helped widen the scale and the scope of storytelling.

The design of the site also helped create a more intimate look at their lives, the journeys they took from civilian to refugee, the memories they have of their country and more importantly how the experience has changed them.

Life on Hold takes a close look at the human side of conflict – why did you choose to focus on this angle?

Reem Haddad: We wanted to look beyond the nightly news bulletins and the numbers, we wanted to do what Al Jazeera does best: tell the human story.

What was your experience with the people portrayed in Life on Hold while filming?

Reem Haddad: It was very humbling, the people we met and interviewed were incredibly open, I think few people can be open about their life to a complete stranger and have that trust. They were also very welcoming, some of them have very little yet they were happy to make us coffee and insist we stay for lunch and dinner. It is inspiring to witness such human resilience. Families such as Al Furati’s who found themselves in informal tented settlements went to great lengths to decorate their tent, they made it a home. They take pride in putting together a beautiful meal and sit together to eat as a family and that is incredible to see. Despite all that they have experienced they manage to joke and laugh and are not willing to lose the will to live.

What kinds of public discussions about refugees and asylum seekers have arisen as a result of Life on Hold and particularly the #iRefugee campaign?

Reem Shaddad: The social media campaign build up has been slow but steady. The #iRefugee campaign was created as a result of a discussion regarding the possible definitions of the word ‘refugee’. With the hashtag, we have attempted to make this conversation inclusive, allowing all personal interpretations the respect and consideration they deserve. A lot of the conversation has also revolved around people being immensely humbled and touched by the perseverance and strength of the people we interviewed – messages of support and queries around how they can help are most frequent, with the occasional message from within refugee communities in Lebanon and across the world.

What are the future plans for the project?

Reem Haddad: Ideally we would like to revisit this story in a year or so. We would like to film the characters and find out where the likes of Maya, Haifa and Omar are and whether they have managed to return to Syria.

What do you hope people take away from Life on Hold?

Reem Haddad: We’d like users to look beyond the refugee label and get to know the people behind it. Too often the refugee story is that of loss and pain but we met incredible people who are adapting and trying to make the most of a difficult situation. The whole thing is a stark reminder that they are no different to you or me it’s just the circumstances that they’ve been through that have altered the course of their lives.

And we believe it’s happening already. Visit the wall of memories, a special interactive part of our project where people can leave a message to the 10 Syrian refugees featured on our site, and you can read some wonderful messages of hope, compassion and understanding
from across the globe.

Broadly speaking, what role do you think digital tools and multimedia can play in humanitarian issues?

Reem Shaddad: It’s about reaching a new audience, about being more immersive and engaging. Where once the consumption of a project like Life on Hold was limited to one dimensional displays, the interactive elements such as leaving a message of support and experiencing stories through different senses widens the door of opportunity and allows further fostering of concern and awareness that can then result in tangible aid for the people in question. Different display functions have been proven to appeal to different audiences, with different – and often increased – levels of engagement across the board. It’s about experimenting with different methods of reach to involve and engage in the most meaningful and powerful means possible.

Head to the Life on Hold website to view each story.

TIMES Pieces is an ongoing editorial series on RESET.org where we speak with people who are employing TIMES principles (Telecommunications, IT, Mobile, E-Commerce, Service Provider) for social and environmental good. Read more in the series: TIMES Pieces 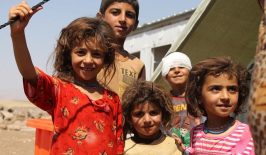