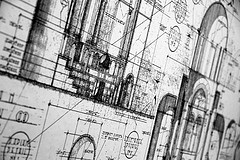 Rooftop gardens? Machines that suck CO2 out of the atmosphere? Skylines featuring both skyscrapers and wind turbines? Check out The Guardian’s vision for the ideal sustainable city.

As part of its Keep It in the Ground campaign, The Guardian recently released a map designed using Minecraft (a game where players use blocks to build anything they want) that plots out an idealised (but not out of reach) projection of sustainable urban living. Dubbed Climate Hope City, the map depicts a carbon neutral urban environment that makes use of currently-available technologies as well as those that are at the prototype phase of development in order to offer up a realistic view of how cities can operate sustainably.

The Minecraft team, headed up by modeller Adam Clarke, clocked up over 100 hours building the map and were careful to construct it around real climate response strategies and technologies such as renewable energy, vertical farms, footpaths that convert kinetic energy from footsteps into electricity, rooftop gardens and more.

“We wanted Climate Hope City to feel positive and futuristic yet at the same time rooted in what is going on in architecture and climate change science today…We also wanted to see some older buildings so that the city felt realistic and built upon,” Clarke explains in an article on the Guardian’s website.

The project is part of the media outlet’s ongoing strategy to change the dialogue about climate change and how we can adapt to its effects. It would be easy to write off Climate Hope City as too ‘pie in the sky’ but by incorporating actual existing technologies into the mix, the Guardian and Minecraft have pulled the idea of sustainable, carbon neutral urban settings out of fantasyland and created a visual blueprint for how it could be done – budgets and authorities permitting.

The UN estimates that two thirds of the world’s population will be city-dwelling by 2030. In order for urban areas to cope with the influx of residents and the impacts of climate change, effective urban planning measures are required. That the Guardian is so proactively throwing its weight behind climate adaptation is significant and although Climate Hope City is certainly not the first attempt at visualising eco-friendly cities (take a look at collaborative platform Sustainia), it can hopefully be used as a tool to further mainstream thinking about how cities will manage climate change.

Those who have Minecraft installed on their computers can download Climate Hope City here. Alternatively, take a walk through via the video below: 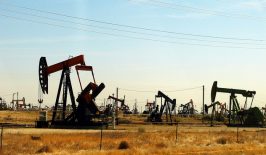 Keep It In The Ground: Why I’m Signing the Guardian’s Petition

If you’re anything like me, you probably receive a couple of emails a day asking you to sign a petition or lobby a politician about some kind of social issue or environmental campaign. It can quickly become overwhelming. So, if you only have time to sign one petition this week, this month or even this year, make it one that counts.