Take to the Streets and March Against Monsanto 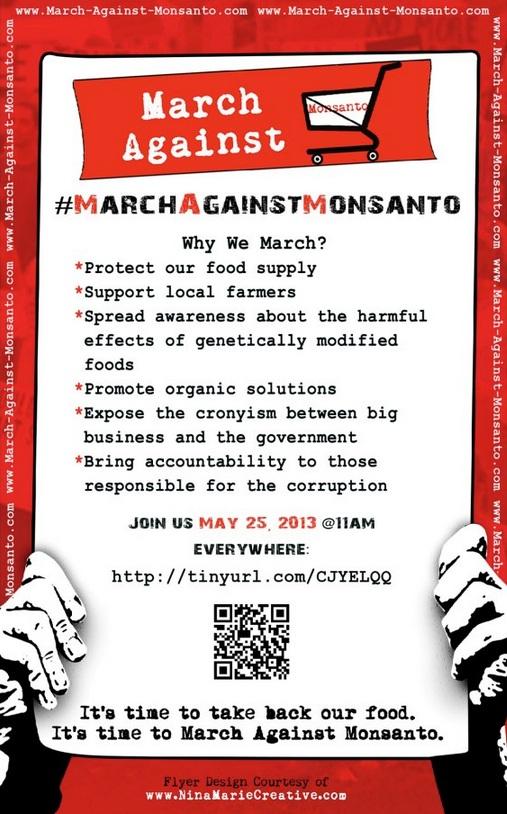 This Saturday 25 May is the global day of action against Monsanto. In cities across the globe, people will take to the streets as part of the "March Against Monsanto" campaign, vocalising their opposition to the practices of the food-engineering conglomerate and demonstrating support for an open, multi-player agricultural industry.

This Saturday 25 May is the global day of action against Monsanto. In cities across the globe, people will take to the streets as part of the “March Against Monsanto” campaign, vocalising their opposition to the practices of the food-engineering conglomerate and demonstrating support for an open, multi-player agricultural industry.

Here’s a headscratching fact about the commercial food and agricultural sector: Monsanto, Syngenta and DuPont control more than half the world’s seed market while also being the largest producers of pesticides. The murkiness surrounding Monsanto & Co’s goals and business practices is part of what led the team behind “March Against Monsanto” to call for a global day of action against the food giant.

As one of the biggest players in the global debate about the benefits and drawbacks of genetically modfied foods and organisms (GMF and GMO respectively), Monsanto has come under much public fire for business practices deemed non-transparent and downright greedy.

Its pesticide-resistant seeds lock farmers who use them into only being able to use these seeds thereafter (due to soil damage caused), they have thrown millions of US dollars into a campaign to stop California passing a bill that would require labelling on all GM foods and their buying (or weeding) out of smaller seed companies and farmers has allowed Monsanto to build a seed monopoly that could see it hike prices up as it pleases (this article by the Associated Press underlines some of the more frightening aspects of Monsanto’s method of doing business. It’s from 2009 but is still incredibly relevant four years later).

Public outcry against Monsanto and the political bullets it often seems to dodge boiled over in the US earlier this year, when a bill colloquially dubbed the “Monsanto Protection Act” (a piece of legislation that exempted the company from a number of legal obligations) was passed.

In India, Dr Vandana Shiva has been vocal in her opposition to Monsanto. Her recent piece for Al Jazeera highlighted the connection between Monsanto-controlled Bt cotton and the rate of farmer suicides as well as the the need for seed sovereignty.

The organisers of the march are calling for more research to be carried out on health and environmental affects of GMOs and the need to support local farming and steer away from monopolised agriculture.

Public outcry helped put a moratorium on Bt brinjal (GM eggplant) and it can help stop Monsanto from increasing its influence on the agricultural sector beyond cotton farming. By taking part in this global movement, we can demonstrate that as consumers, we demand a fairer system of food production that is beneficial to our health, our environment and our agricultural sector. More than 200 cities worldwide will host demonstrations against Monsanto this coming Saturday, including New Delhi.

For all the details on how and where you can take part, please visit the campaign website and check out the video below of Dr Vandana Shiva discussing “March Against Monsanto”: 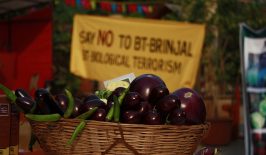 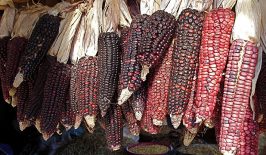