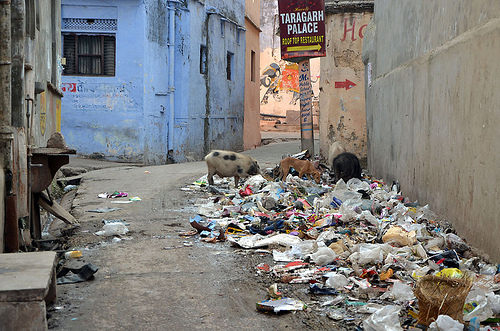 In some pockets of India, new sustainable alternatives are developing which could potentially revolutionise how waste is treated. One of which, SWaCH (Solid Waste Collection and Handling) is the country's first co-operative of self-employed waster collectors predominantly from low-income backgrounds.

In some pockets of India, new sustainable alternatives are developing which could potentially revolutionise how waste is treated. One of which, SWaCH (Solid Waste Collection and Handling) is the country’s first co-operative of self-employed waster collectors predominantly from low-income backgrounds.

Based in Pune and originally intended to improve the life of waste pickers from a social point of view, the co-operative is encouraging a new sustainable model of waste disposable while improving the livelihood of those who had previously earned their livelihood rummaging through dangerous landfills.

It provides door-to-door waste collection (DTDC) and other waste management services for a small fee, and waste is often recycled and composted. Members of the co-op are given a wage and regular working hours which has improved their lives dramatically. Instead of carrying items on their heads through dangerous landfills, they are provided with trolleys to limit the physical effects of such demanding work.

“We used to go to the big dirt (landfills and dumping grounds). So long we had to walk and walk, and we didn’t know if we would get anything. We used to carry our load on our head,” said Vaishali, a member of SWaCH, who now can provide food and education for her children.

“If this SWaCH wasn’t here, all our children would be in the same occupation,” she futher added in an interview with www.csmonitor.com. Two of her children are now training as a plumber and a teacher respectively, highlighting the social uplift of SWaCH.

The issue of waste management in India is of massive concern and as the country becomes more wealthy and modernises, it also produces more waste. Many cities have a garbage crisis with rubbish spilling out of bins on the streets, which in turn seeps into the water system and spreads disease. Widespread dumping and littering goes almost unchecked.

This problem is accentuated by an unwillingness from some people not to involve themselves in sustainable waste practices. A recent survey by the Energy and Resources Institute determined that most people between the 35-44 age bracket simply don’t want to segregate their waste. Too much effort, a lack of resources and a mistrust of local authorities to recycle the waste were blamed. Perhaps SWaCH can be the answer.

Weekly, SWaCH members recycle 4,000 kilos of “waste” which would have otherwise made its way to a landfill or would be incinerated. It’s figures like these that highlight SwaCH as a potential model for sustainable waste management. It gives people who would otherwise rummage through acres of dangerous waste searching for anything useful a job and utilises their skills. 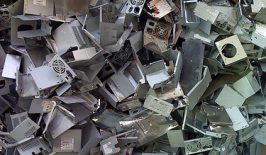 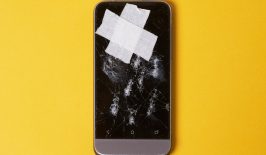