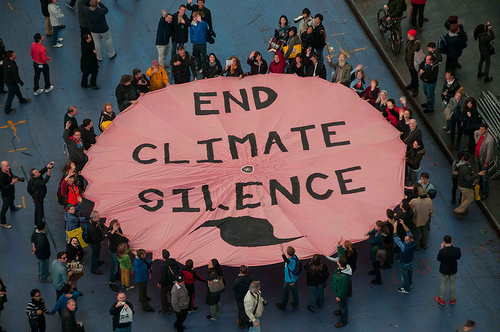 Right now, the dialogue centres on survival, safety and restoring normality as quickly as possible. As it should. Yet, when it comes to addressing likely causes for such extreme weather, there has been a lot of radio silence on the part of the big media outlets. Given the difficulty of proving a definitive cause-and-effect relationship, one must tread carefully in this territory—it is far too broad to say ‘climate change caused Hurricane Sandy’.

When it comes to these monster storms, the question shouldn’t be ‘is climate change the cause’ rather, it should be ‘what role does climate change play’ given there are some factors which could contribute to the size and impact of hurricanes.

Australian outlet The Conversation published this article outlining that perhaps these freaky weather patterns are becoming a new kind of normal (indeed some of New York’s evacuation plans worked so well because residents were well versed in what to do after having to plan for Hurricane Irene just last year). The Governor of New York, Andrew Cuomo, even stated that dealing with intense storms along the Atlantic coast of the US is becoming “a new reality.”

An article published on Mother Jones outlines some of the key contributing factors that could have scaled up the size and force of Sandy. In particular, it describes how rising sea levels propel superstorms to penetrate further inland and how warming ocean temperatures play a role in beefing up a storm’s intensity (check out the rest of the article here). Quoted in the LA Times, meteorologist Jeff Masters noted that global warming has meant there is about four percent more moisture in the atmosphere now than there was in 1970, which could bring greater rainfall, while warmer ocean temperatures mean there is more vapour in the air to create heavy rain (Masters also has some good insights into Sandy on his blog).

Sandy now counts among the five most costly US storms in history. Four of those–Katrina, Ike, Wilma and Sandy–have occurred within the last seven years, perhaps demonstrating that the intensity and size of hurricanes could be shifting in line with global temperatures rising. This is also a contentious arrow to draw, as some argue that the damage bills from earlier hurricanes would be higher if scaled according to today’s financial value and, of course, freak natural disasters do occur. Last night, Princeton University climate scientist Michael Oppenheimer was interviewed on CNN detailing the vital need for governments and people to take heed of the scientific climate data now available, stating there is still time to reverse some of the human-caused damage to the environment despite the fact that we are essentially “behind the curve” when it comes to climate action. 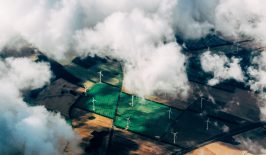 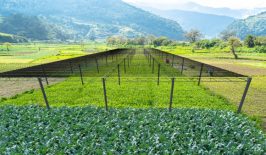 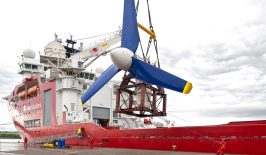