Streetlights Less to Blame for Light Pollution Than Previously Believed 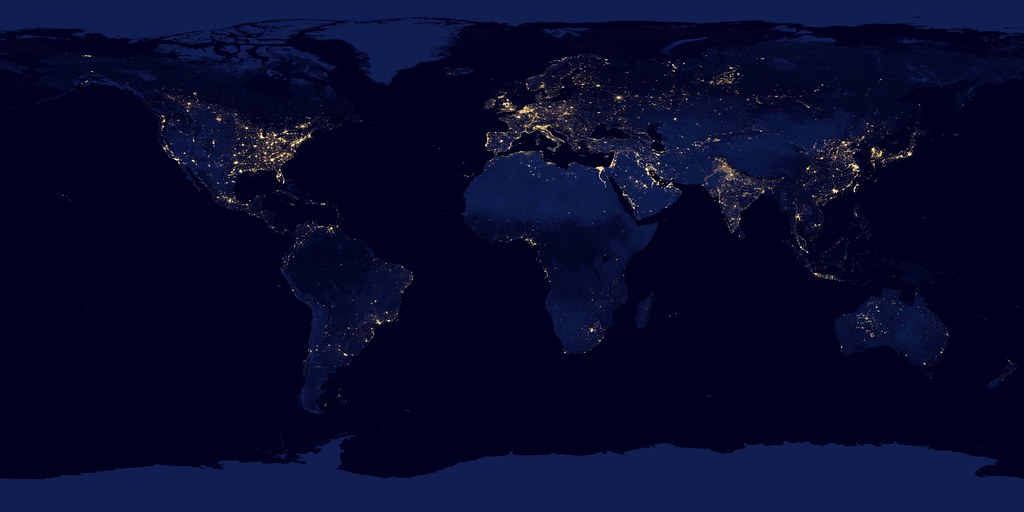 Using satellite imagery and smart city technologies, researchers have discovered the real impact streetlights have on light pollution in our cities.

Even at night, when the lights go out in most homes, darkness does not return to the world’s major cities. Neon signs and streetlights continue to illuminate the night. It has long been assumed that streetlights in particular are a major contributor to light pollution – the permanent absence of complete darkness caused by artificial light sources – in cities. Now, in a new study, an international team of researchers has now investigated how significant this impact actually is.

In the 500,000-inhabitant city of Tucson, Arizona, scientists conducted an experiment: In March and April 2019, city officials changed the light brightness of each of the city’s 14,000 and 19,500 streetlights over a total period of ten days. They then observed how the perception of the city’s brightness from space changed. On cloud-free nights, the Suomi NPP, a weather and environmental satellite belonging to NASA and NOAA, took images of the city during the experiment.

While most streetlights in Tucson are normally turned on at 90 percent of their maximum possible illuminance in the evening and dimmed to 60 percent at midnight, the lighting was lowered to 30 percent on some nights during the experiment. For comparison, the lights were turned up to 100 percent on other nights. In two images taken by the Suomi NPP satellite, the difference in lighting can be seen from space: On March 31, 2019, most streetlights were dimmed to 30 percent of maximum, and on April 7, 2019, streetlights were at full power. There is also footage showing the change in lighting conditions from the ground. The changes were barely noticeable to the city’s residents. Most were asleep at the time of the experiment anyway, or quickly got used to the new light if they were out and about. No complaints were received by the city.

The study concluded that only about 20 percent of the light in the satellite images from Tucson came from streetlights. The researchers suspect that bright windows, illuminated signs and facades, video billboards and illuminated sports fields are the main contributors to the other 80 percent of brightness. “The 20 percent is very specific to the city of Tucson, of course, but even in large German cities like Berlin or Munich, most of the light probably doesn’t come from streetlights,” says Christopher Kyba, who leads the team as part of the GFZ German Research Centre for Geosciences in Potsdam.

The influence of streetlights on general light pollution was also tested in a smaller experiment in Germany – in several districts of the small Thuringian town of Königsee, which has a population of about 5,000. Instead of LED lamps, these towns rely on sodium vapor lamps, i.e. lanterns with a classic yellow-orange light. Here, too, the street lamps are normally dimmed at night. In the experiment, the researchers concluded that even in these small towns, less than half of the light emissions come from streetlights. “However, in similar-sized towns where the lights are not dimmed, the majority of the light may well come from streetlights,” Kyba explains.

If light pollution is problematic, how could smart city technologies help?

High levels of light pollution have a significant negative impact on the environment. The permanent absence of darkness throws the biogical day-night cycle of many animals out of balance. Nocturnal insect species in particular suffer, as do migratory birds. “We as humans have caused a dramatic and radical change in the environment here. It’s true that we humans are now used to the abundance of light. But there are many negative consequences for animals and plants,” Kyba says.

In addition, light pollution is also expensive. “After all, we all pay for public lighting as taxpayers and for private lighting as private customers.” If we used less energy here, it could reduce our CO2 emissions. Alternatively, as Kyba explains, that energy could be used more wisely elsewhere, for example, to charge electric cars or battery storage systems. That could help significantly advance the transition to renewable energies.

Tucson and the smaller towns in Thuringia where the experiments were conducted are among a handful of cities around the world that use so-called “smart city” technologies to dim street lights at specific times. Cities use the technology primarily to save money and energy. And according to Kyba, installing such technologies is not particularly costly, but makes a lot of sense. RESET looked at one smart solution from Norway, where energy-saving technology has been installed into street lights – so that they automatically dim at night as soon as nobody is around. Crucial to the issue of light pollution, however, as the study demonstrates, is that local and national governments need to think about more than just street lighting if they want to reduce light pollution.

In the future, the research team plans to conduct more experiments in other cities. In addition to the general impact of streetlights on light pollution, the next step is now to find out what the other major causes of light pollution are. 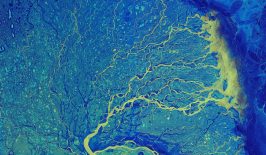 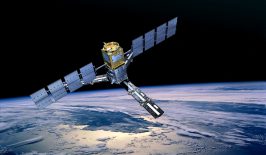 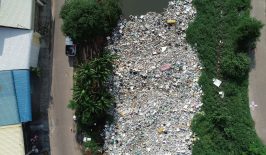