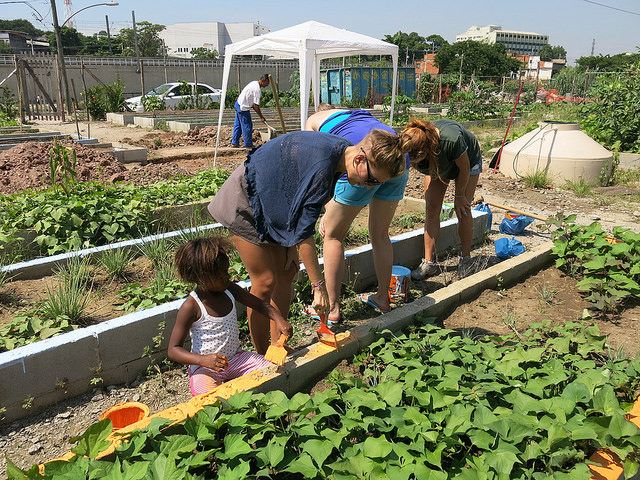 In the slums of Rio de Janeiro, gangs, drug trafficking and violence rule supreme. But that’s not all the favelas of Rio are known for; there’s a different picture that tourists rarely see or hear about. It’s also an exciting cultural melting pot where people join in unison because of a love for their city, a love for their neighbourhood, and a love for all things green.

The Green My Favela team share this love and have offered the favelas a green lung. In the few open spaces between the huts and the narrow houses lay an army of volunteers, and together they plant vegetable gardens and fruit trees.

The project began in Rochina, one of the largest favelas in Brazil, and the concept was borne from a clear directive. Above all, Green My Favela (GMF) founder Rea Rekow wanted: “to give the children in Rochina a creative task to teach them an important, everyday education.”

Despite Rochina laying adjacent to two of the wealthiest counties it lacks even the basic necessities. Healthy food is rare to find, and planting the food is a better, easier, and more sustainable option. As such, GMF works closely with residents, schools, NGOs and the goverment to do just that. In joined forces they dispose of the waste and make the soil fertile again. They build up small, green oases, where fruits and vegetables can be harvested and families can be fed. They even upcycle plastic bottles and use them as mini-beds for the plants. The commitment to the cause is large and so the GMF team are now also working in Manguinhos, which is another flavela in Brazil’s megacity.

This is what a favela looks like when it’s had the touch of green fingers:

Above all, the team seek to provide access to fresh food and to the potential to bring life to the space that lies in the abandoned areas. And, of course, they want to ensure the favela residents can govern their own city gardens inow and in the times to come.

This article has been translated from the German article, here. 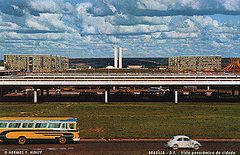 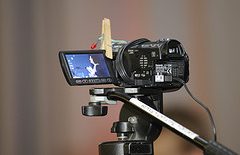 Spotlight Brazil: Digital Inclusion and the Ninja of News

An increase in digital inclusion and literacy in Brazil is giving a voice to people in marginalised communities and creating a new raft of citizen journalists.