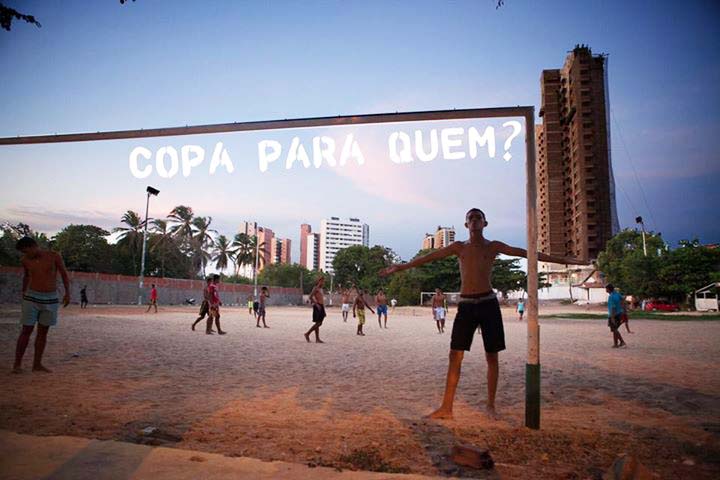 Yann Verbeke
The question many Brazilians are raising: World Cup - for whom?

Brazil is known for its love of football and with the five-time World Cup champions playing host to this year's tournament, the country is about to show the globe its spirits. Even though many locals want to see their team hoist the trophy, the majority of citizens is now critical of the event taking place in their country, according to recent polls.

Brazil is known for its love of football and with the five-time World Cup champions playing host to this year’s tournament, the country is about to show the globe its spirits. Even though many locals want to see their team hoist the trophy, the majority of citizens is now critical of the event taking place in their country, according to recent polls. Our editorial special, Spotlight Brazil, takes a look at the movements and people shaping Brazil socially and environmentally.

Large social unrest and poor education, health and transport systems raise the question of how much value hosting what has been the dubbed the most expensive World Cup of all time is, given that over 80 percent of the costs have been covered by public funds.

The protests, which are primarily being carried by members of younger generations, clearly demonstrate that regardless of citizens’ enthusiasm for the beautiful game, they cannot accept that more than eight billion EUR has been spent on a sporting event especially when support and ideas for change are already required to meet the needs of the people.

Via our editorial series, we wish to highlight what’s going on in Brazil beyond the stadium by introducing local people, organisations and movements that use innovative approaches to support and foster sustainability and social justice.

Some of the topics we will report on over the next few weeks include sustainable stadium design and what happens to major sporting arenas once the events they were built for are over; smart grid technologies; promoting digital inclusion and literacy; and smart recycling systems that create an income stream for the poor. Stay tuned over the next two weeks for more insight! 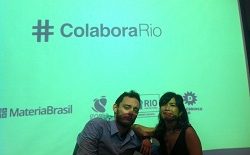 The Sharing Economy is Booming in Brazil

The sharing economy is alive in well in parts of Brazil as evidenced by the recent OuiShare Rio and ColaboraRio conferences. Guest author Gwendoline de Ganay from Sustainable Brasil shares her thoughts on both. 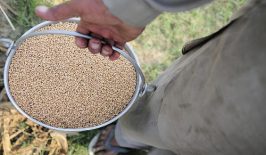 Brazil’s Decision on Terminator Seeds is One with Global Consequences

As Congress prepares to vote for terminator seeds, one can only hope that Brazil, which is at the forefront of agriculture, takes a responsible decision towards global food security.