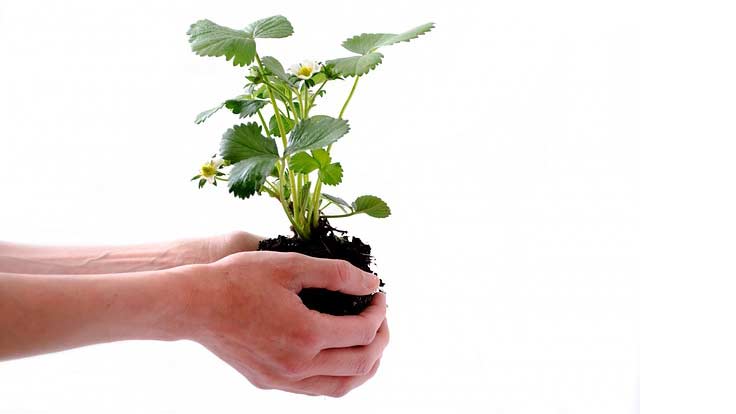 Last summer about 20 parents came together in an urban garden in Berlin. They gathered together under one of the shelters, parking their buggies wherever there was space. They had at least two things in common that brought them together: all of them had a baby and all wanted their kids to grow up on a clean and fertile planet. The presentation Dycle (i.e. ‘diaper cycle’) was about to give the parents would offset an interesting and prosperous project. The group of parents were handed out compostable baby nappies, which would be collected after use. After being stored to decay for a couple of months, the parents could pick up the bucket of nappies when it had turned into a nutrient-rich black soil. As a volunteer back then, I was preparing the buckets in which to collect the nappies. Founder of Dycle, artist and engineer Ayumi Matsusaka, explained her plan to the parents. Very ambitious, but in theory, naturally simple.

One of the main motives for Ayumi to start the Dycle project is the idea that we should look at what we already have in our daily life in order to work towards a more sustainable future. “We have a lot of waste, for example kitchen waste, gardening waste and much more. Nature shows us how we could close the nutrient cycle.” Each baby creates about 1000 pounds of garbage each year. Disposable nappies account for more than two percent of waste at municipal landfills. There is always the old-school textile nappy that can be washed over and over. Although these have a much smaller ecological footprint than their disposable counterparts, they still need a lot of water and energy to clean them. In this sense, composting the nappies is more productive: not only does it help minimise waste, it transforms the dirty nappies into a fertile raw material, namely black humus. The result of the Terra Preta process, this nutrient-rich soil is the perfect basis for plants to grow from. Dycle looks to use this process to create a closed loop whereby waste from babies can be turned into something that provides nutrients for babies down the line such as fruit trees. The seedlings are planted in the black humus, a fruit tree is grown, the fruit is harvested and turned into baby food and voilà: the circle is complete. The baby’s waste will be absorbed in the biodegradable nappy and the process starts again. This is how it works:

As part of the Dycle process, babies wear 100 percent biodegradable nappies. Once used, these are collected in an enclosed bucket (which may contain layers of pure carbon in between and a natural bacteria mixture to enhance the composting process). When the bucket is full, it is stored during which time the nutrients will start to ferment. After a couple of months both the nappies and the waste will have turned into black humus and can be used as an agricultural bed or as a supplement. According to Dycle, one child could produce about 33 litres of fertile soil per month.

Aiming for a Mountain of Black Soil

Although on paper the theory might look interesting and convincing, to put it in practice with a small team is something else. “Our goal is to create the first 100 parents using [nappy] cycling. We will start demonstrating how it works. Lets see how it goes” Ayumi said. Many parents are said to be willing to join the project. But Ayumi started to look further. She hopes to gather 5 to 10 units of parents in Berlin in 2016. Every unit will consist of about 100 parents, who all live in the same area. There will be a drop-off point, such as a kindergarten, for the used nappies, where parents can also pick up new biodegradable ones. “So if we have 10 units in Berlin, we have the possibility to have a factory on a bigger scale to produce the [nappies].”

Dycle works together with four partners: the Technical University of Berlin, the Botanical Garden of Berlin, Rainer Buchholz – initiator of Wandlitzer Erden and Dr. Michael Weiss.

Ayumi welcomes all parents interested in a new sustainable way of using and producing nappies to join. She is also calling for people around the world to start a similar project and run it locally. Dycle will facilitate it, but the absolute long-term goal would be enabling communities around the world to harness their own local materials to use biodegradable nappies. But Ayumi notes that there are two important conditions. One is that the soil used needs to be very hygenic and of the best quality. The other is that it is necessary to team up in order to organise such a project in a local community.

So if you have a baby, or know someone with a baby, check out Dycle. By way of ‘using’ the waste of the next generation, new fresh soil could be used for plants and trees, of which our children can reap the benefits. As Ayumi says: “we want to make a huge mountain of black soil.” Well that does sounds like a fruitful future to me! 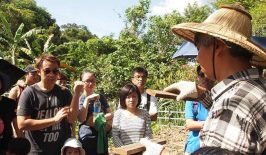 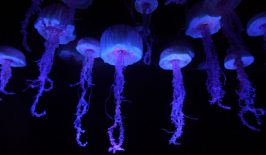 New Generation Nappies: Turning a Sting into a Stink?

Cine'al, a nano technology company in Israel, has been looking to develop a highly absorbent material for nappies, tampons and paper towels, from jellyfish. 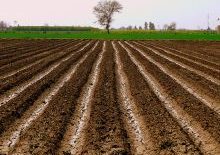