Who needs a flux capacitor when you’ve got satellite technology?! Take a step back in time with NASA’s Climate Time Machine, a visual representation of how global warming has affected our planet over the last few decades as well as a forecast of the impact certain aspects, like sea level rises, could have on the earth.

This interactive tool features a suite of animations that allow users to get insight into changes in Arctic sea ice, sea levels, carbon emissions and average global temperatures. For instance, users can witness the steady decline in perennial ice cover in the Arctic from 1979 to 2014 or take a look at levels of carbon dioxide in the atmosphere between 2002 – 2014 (spoiler alert: the levels increase year after year).

The project is an extension of NASA’s Global Climate Change website which features up-to-date ‘vital signs’ (climate statistics) of our planet. Head to the Climate Time Machine website to find out more. 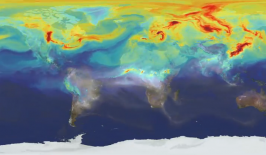 An ultra high resolution computer simulation from NASA shows jawdropping images of how CO2 emissions travel through our planet's atmosphere, leaving no doubt about which parts of the world they come from! 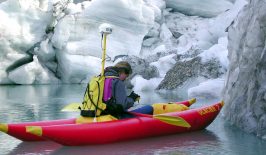 If you ever had any doubts about climate change, global warming and their effects, then the video below, from nature photographer James Balog, is a must watch for you.