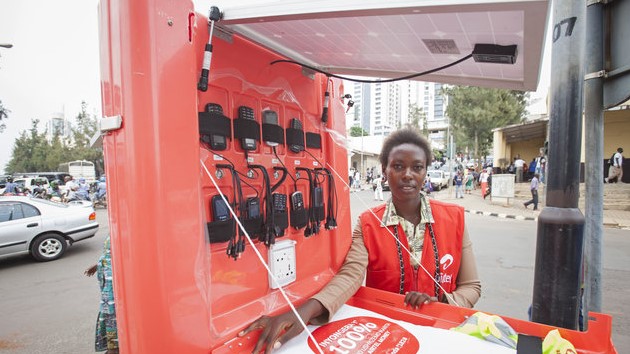 Henri Nyakarundi was born in Rwanda but his family fled to Burundi and then to the United States. He studied computer science at Georgia State University and founded African Renewable Energy Distributor (ARED) in 2013. The company’s mission is to create job opportunities for disadvantaged and vulnerable people, especially in East Africa.

ARED’s main product is the Smart Solar Kiosk (SSK), which they aptly describe as a “business in a box solution”. The little kiosk on wheels is a solar-powered one-stop shop for electronics users: customers can charge their phones and connect to the internet. They also have the option to purchase prepaid electricity at the kiosk. In a country where only 18% of the population has access to electricity, this is a very interesting offer.

The Smart Solar Kiosk is not just appealing for consumers: it is also an opportunity for unemployed people. Each kiosk is a micro-franchise, and the fact that it is mounted on wheels allows the franchise owner to pick an optimal location every day. ARED provides business and technological training to all micro-franchise owners, with the hope that this knowledge will be further shared with the rest of the community and help more people improve their future.

That sounds great, but how does ARED make money? They first receive a e fee for the micro-franchise ($60 for men, $25 for women and $10 for people with disabilities). Afterwards, the company receives one per cent of sales in addition to revenue from advertising on the side of the kiosk. According to Nyakarundi, micro-franchise owners usually earn between 30 USD and 107 USD on a monthly basis, which is enough to house and feed a family in Rwanda.

To maximize its social impact, ARED provides franchises to women and people with disabilities free of charge. These two groups are the most vulnerable in the region, and Nyakarundi decided to facilitate their access to this business opportunity by waiving the fee to lease the kiosk.

ARED’s Smart Solar Kiosk is a simple idea but with enormous potential. It creates jobs and provides vulnerable people with the opportunity to become financially independent, while at the same time providing clean energy to people without access to electricity. It is thus not surprising that the Kiosk received numerous accolades such as a grant from the Microsoft Affordable Access Initiative and the African Diaspora Marketplace Award. 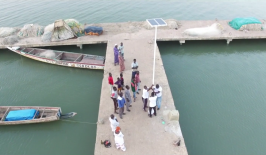 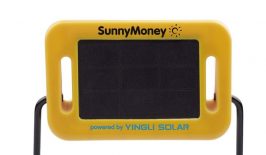 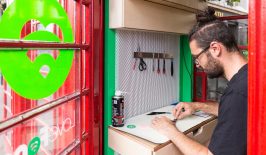 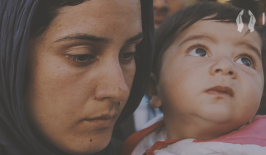 In the Netherlands, Incubators for Immigrants is giving refugees with entrepreneurial spirit the chance to put their business ideas into practice, start working, and be integrated into society as quickly as possible. 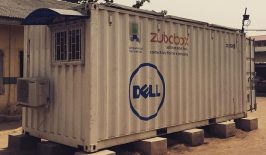