Of Algae and Algorithms: Shark Tracking in the 21st Century 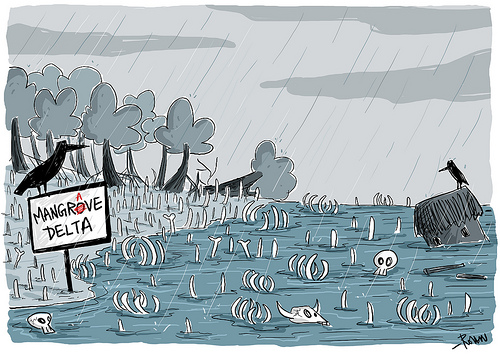 Overfishing of certain species of shark is reaching a tipping point, with the ‘International Action Plan for Sharks’ (led by CITES and the Food and Agricultural Organization) pointing out that more than 100 out of 400 shark species are being commercially exploited so much so that the longterm survival of many sharks can no longer be guaranteed.

The topic of shark conservation might not seem as prescient in India as it is in, say, water-walled Australia or coastal South Africa. But as the home to one of the world’s six species of river shark (that would be the Ganges Shark) as well as ranking second on the list of highest shark fishing nations, India has a significant hand to play in shark welfare and has been instrumental in whale shark conservation, banning hunting of the species in 2001 and working with local fishermen to implement a number of tracking and protection initiatives such as this one in Gujarat.

Globally speaking, it’s no secret that shark conservation is being phenomenally improved thanks to technological advancements. The method of attaching tracking devices to various species is longstanding and has become a reliable and sophisticated tool for shark monitoring and conservation. Outside of this, researchers are putting all sorts of technology to use in order to learn more about and protect certain species of sharks.

The number of sharks that end up as accidental bycatch on fishing lines is estimated to be in the tens of millions every year. The SMART Hook (which stands for Selective Magnetic and Repellent-Treated Hook) has been specifically designed to prevent this from occurring. The hooks are magnetic and covered in a special metal coating that produces an electronic voltage when in seawater.  The electronic waves are specifically designed to repel sharks from fishing lines even if there is bait attached.

The Imperial College London has employed two online resources as tools for tracking whale sharks in the Indian Ocean: YouTube and Flickr. Yep, the photo and video sharing sites are assisting a team of researchers in their conservation work. How? Well, researchers have found that they have been able to track whale sharks using photos or videos taken by tourists during diving or snorkelling expeditions, particularly around the Maldives.

Any photo or video which captures the distinctive pattern of spots located directly behind a fish’s gills is then scanned by a computer programme which differentiates the animals and this method has been able to identify specific fish in 85 percent of cases.

The ECOCEAN Whale Shark Photo-Identification Public Library takes a similar approach, allowing people to upload pictures they have taken of whale sharks to ECOCEAN’s database themselves. The animals in the pictures are then analysed and classified based on their individual markings using algorithms that were developed, in part, by an astrophysicist from NASA and a Princeton University astronomer. The pair took star-recognition technology used in the Hubble Telescope (where algorithms compare photographs of the night sky to determine common star patterns) and applied it to whale shark tracking.

The library consists of more than 32,000 photos of more than 4,200 different sharks. Using photos as a means of identifying the animal provides a non-intrusive avenue to monitor whale sharks.

There’s an app for that

Researchers at Stanford University are currently observing data coming in from a mobile wave glider robot, a roaming device monitoring the movement patterns of fish in the Pacific Ocean just off the coast of California. Dubbed the Blue Serengetti Initiative, the project picks up where the Tagging of Pacific Predators project (which involved tagging marine animals with tracking devices and following their movements via satellite) left off, providing researchers with near real-time information on marine life in the area.

In order to engage the public and spread awareness about marine life conservation, the project also has an App available via iTunes called Shark Net. The App allows users to follow the movements and goings on of about 20 great white sharks, giving the public a rare glimpse at local marine life and assisting to dispel the myth that great whites are no more than man-eating killing machines. 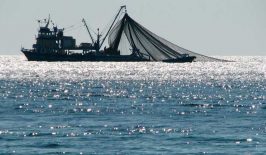