RESET Special: Refugee Aid 2.0 – Ideas from Inside and Outside the Box 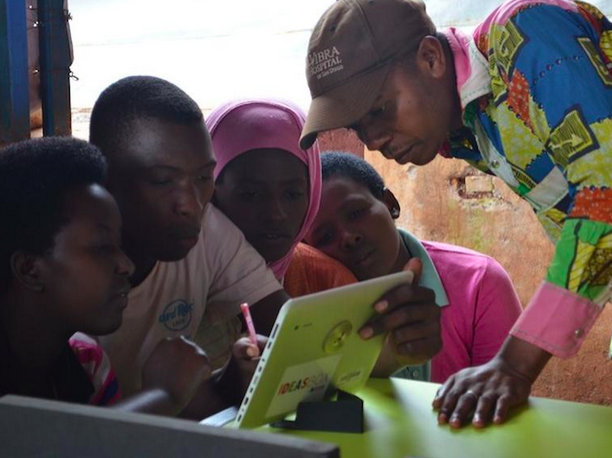 According to figures from the UN High Commissioner for Refugees (UNHCR), over 51 million people are currently seeking asylum, have refugee status or are internally displaced. As a result of natural and humanitarian disasters, this number is growing. Over the next week, we pose the question ‘how does refugee aid look in the digital age’ and, via our RESET Special ‘Refugee Aid 2.0’, we will introduce projects that use digital tools to support and assist refugees. Today: the Ideas Box.

Access to education can be difficult to come by in refugee shelters: books and movies are hardly the first thing people think of when helping refugees and asylum seekers. But once their immediate needs are met, refugees and asylum seekers often spend long periods of time in detention centres or sparsely-equipped makeshift shelters. It takes an average of 17 years before displaced persons are able to return home or sufficiently build a life in a new land. Within this time, gaining access to educational pathways can be difficult, which can severely hinder their ability to integrate into society. The arrival of the Ideas Box – a collaboration between Libraries Without Borders and the UNHCR – could change this.

The Ideas Box is a mobile library and media centre in one. The portable box set (comprised of a number of boxes) ‘unfolds’ to become a pop up library which can seat up to 24 people. Each pack comes with the following equipment: 15 tablets, 4 laptops, an internet connection, 50 eReaders, 5000 eBooks, 250 printed books, a TV, 100 films, 5 HD cameras and a GPS. Added to this is a training program made up of online courses and workshops specifically tailored to the location where the Ideas Box is sent. In short, you could say, everything’s included! Check out the video below to see how a bunch colourful boxes can be turned into an education centre in a matter of minutes:

Five Ideas Boxes are currently in Burundi to test their applicability in refugee camps. The boxes will also be introduced at conferences in England and France later this year. “This is just the beginning,” says Libraries Without Borders’ Barbara Schack. “We’re also going to Australia, where the first Ideas Box will arrive in 2015 in Queensland, and, in February, the first Ideas Box should arrive in Ethiopia, in partnership with Save the Children. An Ideas Box is also going to Azraq, Jordan, specifically for the Syrian crisis, and then to Lebanon, following the results of this initial experimental project.” The interactive map on their website shows where other Ideas Boxes shall be shipped to.

The map also demonstrates how versatile the Philippe Starck-designed boxes are: alongside using them in refugee camps, the team also plans to use them to help street children as well as women who have little-to-no access to education. These initiatives highlight just how much potential these boxes offer when specialised to a particular group or region, making the boxes extremely flexible from the inside out. Philippe Starck expresses this sentiment a little more poetically: ”Inside, it’s not toys, it’s doors—doors to an open mind, thousands of different universes.” 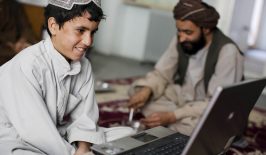