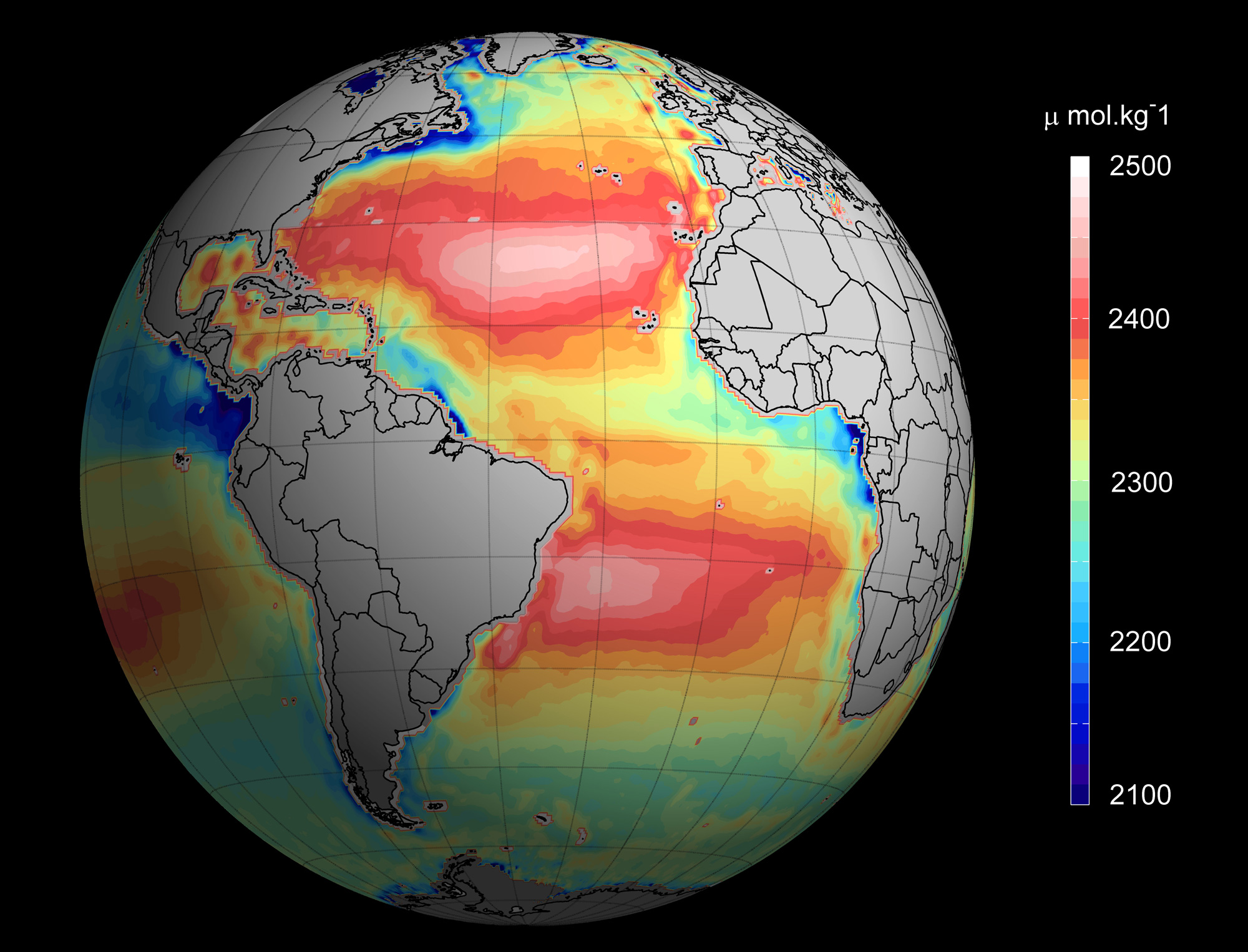 Ifremer/ESA/CNES
All the colours of the rainbow: this is how oceanic CO2 concentration looks

Since the 1970s, researchers have been using satellites to track the planet's weather and climate indicators, using the data to visualise phenomena like melting sea ice and ocean acidification. Now, scientists have realised that the speed of satellites is indicative of CO2 levels.

With more and more CO2 being released into the atmosphere, the world’s oceans (which absorb around a quarter of CO2 emissions) are becoming more acidic. This change in the alkalinity of the water values also affects the behaviour and the reproductive cycle of many species. Until now, ships with special measuring technology were used to monitor and determine the acidity of the oceans which, in hard-to-reach areas such as the Arctic, is very expensive.

Researchers from the University of Exeter, the Plymouth Marine Laboratory, the ocean research institute Ifremer and the ESA have come up with another way of doing this, using satellite technology to measure oceanic acidity via remote sensing. Satellites (such as the Aquarius satellite from NASA, which measures ocean salinity) are used to observe ocean acidification and visualise the data on a map meaning that in order to get a rough value on ocean acidity, research ships no longer have to leave the harbour.

A Was Sought and Z Was Found

Satellites, of course, play a significant role in monitoring climate indicators from space. To this end, NASA is carrying out a multi-million dollar project that uses satellite technology to observe CO2 concentration in the atmosphere. The Orbiting Carbon Observatory-2 (OCO-2) was launched into space in 2014 (after several failed attempts) to measure this data, creating, for the first time, a detailed and global representation of CO2 distribution. More accurate predictions about extreme weather patterns, such as droughts or floods, can also be made.

In contrast to these targeted studies, researchers also sometimes obtain relevant and sometimes surprising findings randomly. That’s what happened when a team of scientists set out to study the behaviour of the atmosphere at high altitudes. During the study, the team noticed that the observation satellites were moving faster than they were supposed to. A calculation mistake? Problems with data transmission? It turned out that the thermosphere, the uppermost layer of the atmosphere and also the one in which most satellites orbit, was apparently becoming thinner over time i.e. the thermosphere contained less gas molecules and therefore, less friction. Ergo: the satellites were flying faster than previously thought.

But why is the atmosphere becoming thinner? The guilty party is CO2 from the earth’s surface that wanders up to the higher layers of the atmosphere. Up to that point, it had been assumed that CO2 rises to only 30 kilometres away from the earth’s surface. Now it turns out that CO2 can be detected at altitidues of up to 80 km and even cause molecular changes this high up. The researchers now wish to analyse older speed data from the satellites in order to gather further information about the concentration of CO2 in the atmosphere.

At first glance this looks like colourful observation of (possible) disaster from a safe distance given that researchers are not able to provide a solution to the acidification of the oceans or the high CO2 concentration in the atmosphere.

Some impressive visualisations of data collected via satellite can be seen in this video from NASA, which uses computer simulation to show how CO2 moves through our atmosphere. 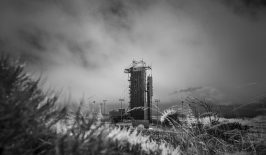