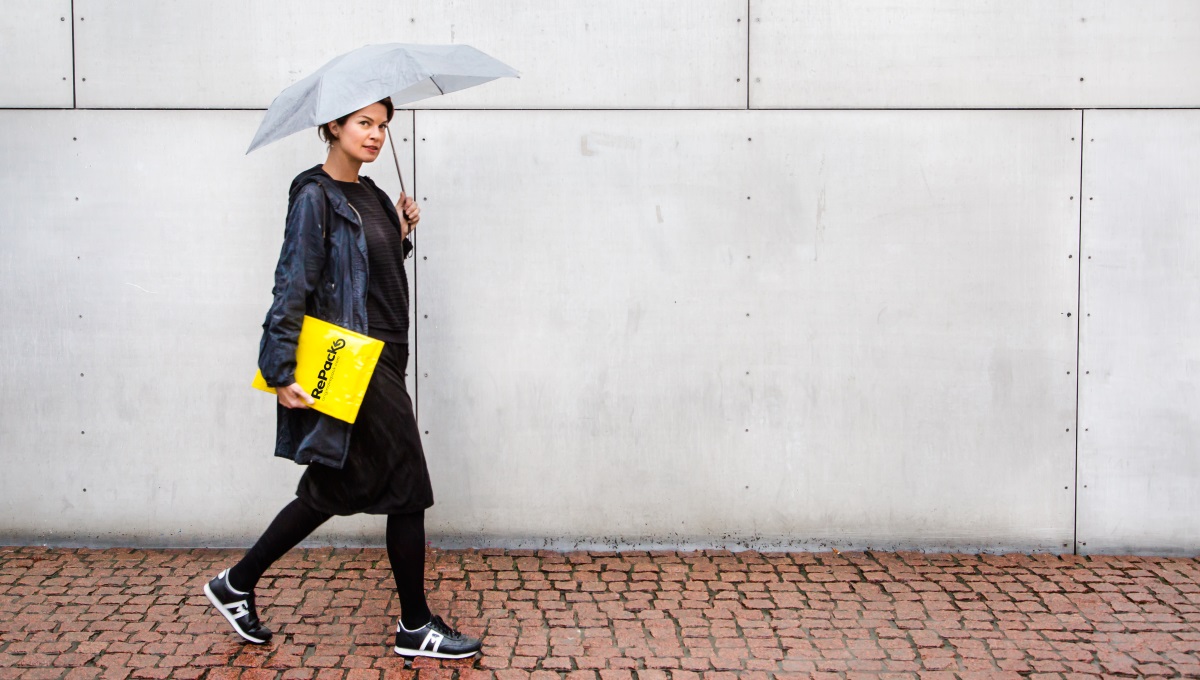 RePack
After receiving your order, to return RePack's packaging all you need to do is put it in your nearest postbox.

Online shopping is big business these days – unfortunately at the expense of the environment. The more products we have delivered to our homes, the more the inevitable pile of packaging waste grows. One startup from Finland has taken the concept of bottle and can deposit return systems and transferred it to the world of online shopping, in a bid to drastically reduce the industry’s packaging waste. Unlike the usual one-use cardboard, plastic or styrofoam, the reusable packaging from RePack is designed to be reused up to at least twenty times. The founders – Juha Mäkelä, Petri Piirainen and Jonne Hellgren – originally worked together in a sustainable industrial design agency before launching

RESET spoke to Christine Braun about their recyclable packaging solution. Christine studied “International Cultural and Business Studies” and moved to Helsinki three years ago as part of Climate KIC‘s European “Pioneers Into Practice” training programme, where she discovered RePack. Since then she has been supporting the Finnish company with business development.

Christine, how did the idea for RePack come about? And what do you hope to achieve?

The idea for RePack works in a similar way to a bottle or can deposit return system – a concept which is very much a part of life in both Nordic countries and in Germany. When he was a student in Copenhagen back in 1990s, and he realised he could afford a new full bottle for returning three empty ones, our chief designer Juha Mäkelä recognised that there is real value in returning reusable packaging. RePack was founded in 2011 after he was able to convince his colleagues Petri Piirainen and Jonne Hellgren of the idea of using a similar deposit system to remove packaging waste from online retail.

How does RePack’s returnable system work?

In order for it to work, the system has to be designed in a way that is both straight-forward and appealing for both online shops and their customers. Online shops can simply replace their current packaging with RePacks or leave it to their customers to decide if they want to receive their goods in single-use or in reusable packaging. After receiving your order in a RePack, all you need to do is fold the empty packaging to letter size and put it into any mailbox in the world where it will be returned free of charge. Each RePack has an integrated returns label which enables it to find its way back into the system. Once the empty packaging is returned, the customer is rewarded with a voucher that can be redeemed in any online shop that offers RePack as a packaging option.

What is the packaging made of? How often can it be reused?

As a company that is dedicated to a circular, trash-free world, our RePacks need to be made from a durable and at the same time inexpensive material that meets our requirements, and that can be folded into an envelope and be reused at least 20 times. The best material for this is currently recycled polypropylene – think of it as being similar to the famous blue IKEA bags. As we begin serving more different types of online stores and packaging even more diverse products, we will develop more materials and designs, of course. Luckily, the creativity of our designers knows no limits, other than perhaps being able to find enough space to store all the different prototypes. 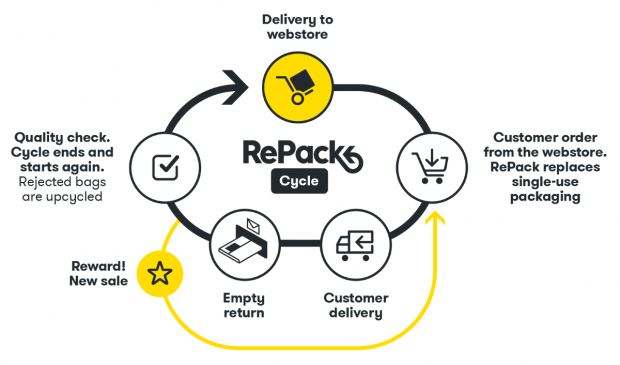 Okay, and what happens to the packaging when it can no longer be reused?

Here I have to mention our very creative designers again. Currently they are using the (as yet, still very few) worn out, unusable RePacks to create prototypes for new designs. And in the spirit of up-cycling, there are already a huge amount of ideas, often inspired by RePack users, of how to transform the material into new products such as purses or bags. So watch this space…

How do you make money with RePack? Could you explain your business model?

RePack is not just packaging, it’s also a service and we just earn per use – so we have a real interest in the packaging being reused as often as possible. That’s our environmental and customer promise at the same time.

Which companies are you targeting with your service?

Currently we are working mainly with retailers from the textile industry for two reasons: it is one of the most important industries in online retailing and the products are non-sensitive items. This allows us to achieve the greatest number of people and have the greatest possible impact with our packaging, which currently comes in three different sizes. Using RePack not only saves up to 80 per cent of CO2 emissions compared to conventional packaging. Online retailers can also use RePack to make a clear statement about their own environmental awareness, while at the same time giving their customers an improved shopping and unpacking experience – something which our surveys have clearly shown.

Where is RePack already in use? And where do you want to take it next?

RePack started in Finland and quickly expanded to the other Nordic countries. Right now there are about 40 online shops in ten European countries offering RePack and many more who have expressed interest. Right now we are also starting a first pilot in the USA together with the outdoor brand 686. In November we will add our first few shops in Australia and we’re also preparing to launch in the UK at the beginning of 2019.

Our goal is to RePack the world, of course – but initially we will continue to concentrate on the textile industry and existing markets where there is still a lot to do. Other interesting, and interested, online retail sectors include jewellery, cosmetics and food – each of which has its own specific requirements when it comes to the packaging…

Which challenges do you think you’ll see in the future? And which have you already overcome?

Every market and every country has its own requirements, just like every industry and every company has its own particular ideas – managing to accommodate all of them is not only challenging, but also time-consuming. And as a startup we only have a limited amount of time, and would have to use investors’ money to buy ourselves more of it. We’ve already entered several important markets with RePack and made our mark on the textile industry. But what’s really needed is for our society to have a shift in mindset, and for even more courageous people and companies to become pioneers for a trash-free world.

This article is part of our series Sustainable Economies and Environmental Protection with the Circular Economy, which is supported by the BMW Foundation.

This is a translation by Marisa Pettit of an article which originally appeared on RESET’s German-language site. 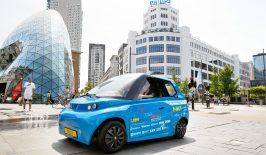 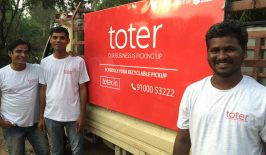 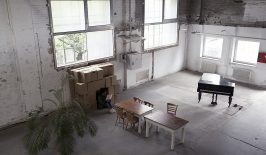 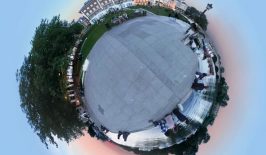 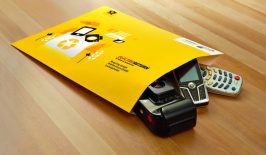 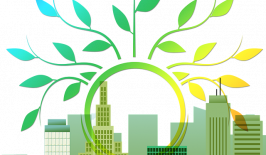