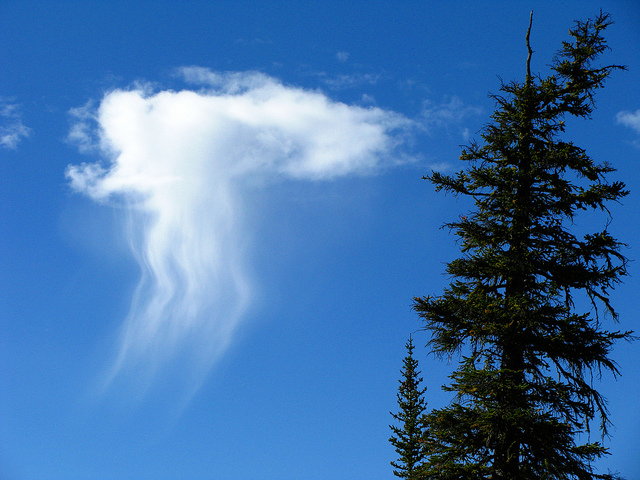 Back in your high school physics class, did you ever think about this: capturing energy when water comes down from the clouds; or tap the energy when water goes into air, into the atmosphere? Evaporation can be a powerful process for us to harness – the resulting kinetic energy can be used to move vehicle or the arms of a robot!

A decade ago, a group of chemists and biologists from the Sahin Laboratory (Extremebio.org) at Columbia University started to research and develop a five dollar engine that uses nothing but water and bacteria to power small devices.

The researchers discovered ground-breaking properties in spores of bacteria that shrink when they’re dry and expand when exposed to moisture in response to changes in humidity, like muscle movements.

Inspired by this discovery, they started to think about whether it would be possible to harvest large quantities of energy from the spores’ interaction with water. They then developed a device called a “moisture mill” – a wheel with a bunch of spore samples adhered with plastic tapes; the spores on the tapes are rigidly attached to shutters that could allow moisture through or block it. When water drops on the device that covers the vehicle, magic happens – the evaporative power pushes the wheel by taking advantage of the imbalance between a moist and dry environment, causing this wheel to push forward like a car, according to the researchers.

The great news is that the first prototypes already generate enough power to turn on light bulbs and move vehicles. The results were published last week in Nature Communications. In an era when our energy and water future is not certain, this “water-and bacteria-combined” technology seems a bright spark in that it saves water and produce energy at the same time.