Monitoring the health of animals in the wild comes with a wide range of challenges, not least getting close enough to the animal to assess it accurately. This issue is compounded further when you’re dealing with some species of endangered animals, such as rhinos and tigers, which can also be highly dangerous to humans.

Due to this, conservationists and researchers often resort to the use of tranquilisers or traps in order to get close enough to animals to inspect them closely, take measurements and record their vitals. However, this is an imperfect solution, as tranquilising animals also comes with a plethora of concerns, such as causing stress and even death if an animal is particularly old or sick.

To solve this problem, Javaan Chahl, a remote sensing engineer at the University of South Australia, has developed a new type of camera which can accurately measure the core vitals of animals at long range. Currently, the project is only in prototype form, but already it has proven its worth in a test environment.

Originally, Chahl developed the idea as a means to measure the health of human patients. He soon realised though this technology would only be of limited use since – generally speaking – humans do not mind their vital signs being measured. Animals, on the other hand, often do. In conversation with conservationists and zookeepers he learned that such technology would be a huge boon to their work, and allow them to forego more dangerous methods.

Chahl and his colleagues then built a custom recording device consisting of a high-resolution digital video camera, a telephoto lens and a signal-processing program written in the computing software MATLAB. This software is able to closely analyse the movements of animals, such as chest expansion and smaller, sometimes minute, rhythmic movements to estimate vitals such as heart rate and breathing.

In December, the team tested their camera at the Adelaide Zoo in Australia on ten different animal species, including lions, pandas, Sumatran tigers, orangutans, koalas, baboons and penguins. The results, published in the journal Sensors, revealed that the camera could indeed create reliable estimates and overviews of animal health, with the success being even greater than Chahl had hoped. He told Scientific American:

“We’ve done quite a range of animals. I thought the orangutan might be problematic just because they’re so hairy, yet we got a signal from it.”

The fact the system is light-based also means it can be easily adjusted to different scales through the use of different lenses. Generally, a subject animal can be viewed from as close as 3 metres to as far as 40 metres away. The computer software is also able to remove large amounts of ‘noise’ from an animal’s movements to concentrate purely on those which can be measured.

However, the technology does have some limitations. Firstly, the animal being monitored must ideally be stationary – or at least not running – positioned in good light and viewed from an optimal angle, such as from above or the side. In fact, Chahl described the best angle with a familiar analogy:

“Imagine a really bad selfie that brings out all your flaws. That is when the technique works best.”

Furthermore, although almost all animals can be examined with the system, tortoises and turtles are a notable exception, as their shells hide away the area that is measured. Currently, the system also requires a human operator and is therefore currently only suitable for looking at individual or small groups of animals. This means the process is still quite time consuming and requires a high level of expertise to fully operate.

Despite this, the system is being viewed by some as a step in the right direction from previous methods of remote or distant sensing. Previously, to achieve a similar outcome in the wild, conservationists have often used thermal imaging technology to assess an animal’s health. The problem with thermal imaging is that the resulting image is often of poor quality and proximity to the animal is needed for it to work best. Since Chahl’s system is light-based and high definition, it has no such limitations.

The next step for the project is to conduct trials in the wild and under field conditions. Chahl also expects there may still be human applications for the camera. He suggested to Scientific American that it could be used to conduct mass health screenings at places such as airports, which given the current world health situation, could become an attractive proposition. Additionally, it could potentially be used as health or fitness monitors in hospitals, nursing homes, gyms and private homes.

This isn’t the first time cutting edge camera technology has been used in conservation efforts. Just last week, we reported on how airborne, aerial photography is being used to monitor the health of coral reefs, while the open data project Zamba is using the power of AI to comb through and sort valuable animal data from camera traps in the wild. 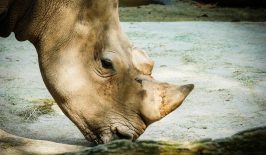 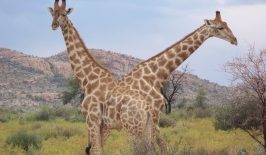