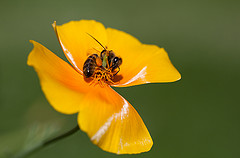 Environmentalists in Oslo, Norway have set up the world’s first ‘highway’ for bees, encouraging businesses, households and schools to plant bee-friendly plants in open spaces to help bees safely navigate through the city and minimise any harmful impacts that urban settings have on bee populations.

Bees have it tough. Over the past decade or so, bee populations have been in steady decline in both Europe and North America, with beekeepers reporting hive losses of up to 30 percent year after year, something which many attribute to using pesticides and fungicides as well as a proliferation of disease and parasitic mites. A (small but growing) number of studies have looked at the effects of urbanisation on bees, analysing the impact that loss of habitat (something which typically occurs during the urbanisation process) has on bees. One study from 2014 took a closer look at how urban environments can support bee populations given that “urban and periurban sites can provide high quantities of flowers all year long, they show a high diversity of land-cover types, and are often warmer than surrounding landscapes. Also, such habitats are seldom treated with pesticides which are involved in the decline of bees elsewhere.” It was this kind of thinking that prompted environmentalists in Norway to develop the world’s first bee ‘highway’.

The highway is comprised of a series of ‘routes’ that connect three green spaces in Oslo and are plotted out using bee-friendly plants and vegetation that provide food and shelter. To achieve this, private individuals, schools, public officials, businesses and more are called upon to spruce up their gardens or place bee-friendly patches or potplants on terraces, balconies and rooftops. A web portal has also been built, allowing participants to post their location and view maps of bees’ complete routes’ through the city.

Speaking to Phys.org, Agnes Lyche Melvaer, head of the environmental group Bybi, which is spearheading the project, stated:

“We are constantly reshaping our environment to meet our needs, forgetting that other species also live in it…To correct that we need to return places to them to live and feed.”

The project is still in its infancy so it’s a little too early to assess its impact on local bee populations. It does however, lay some important groundwork to get people outside of the environmental movement thinking about their surroundings and local biodiversity. 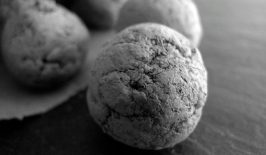 The Power to Save Honey Bees in Everyone’s Hands

We need bees for more than just their honey. Seedbombs initially designed to green abandoned spots in urban areas are now being used as a tactic to save honey bees. 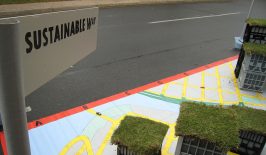