POC21: Can We Build Sustainable Economies Ourselves? 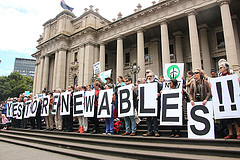 Tired of the political tug-of-war over how to manage climate change and develop carbon-neutral economies? Check out POC21, an event organisers hope will take place in the lead up to this year's climate talks in Paris where people will be given the chance to prototype a collaborative, fossil fuel-free society.

Tired of the political tug-of-war over how to manage climate change and develop carbon-neutral economies? Check out POC21, an event organisers hope will take place in the lead up to this year’s climate talks in Paris where people will be given the chance to prototype a collaborative, fossil fuel-free society.

This December, the 21st edition of the UN Climate Summit (COP21) will be held in Paris. Every year, there is much discussion about how countries can effectively tackle climate change by, among others measures, reducing global CO2 emissions. Yet, in the 21 years since the first climate summit was held in Berlin, Germany in 1995, carbon emissions have increased steadily, flatlining somewhat in 2014.

One of the people behind collaborative economy community OuiShare, Benjamin Tincq, has decided that enough is enough and has launched a Thunderclap campaign to bring to life POC21, a five week accelerator event to take place from 15 August to 20 September where over 100 innovators, activists, social entrepreneurs and more will get together to develop concrete ideas for more sustainable economies.

The aim is to allow citizens the opportunity to build models for circular economies themselves, with participants tasked with the mission of delivering a ‘proof of concept’ that new, more sustainable approaches are feasible and financially sound.

“With POC21 we want to demonstrate how open source and the maker movement can enable a low-carbon and circular economy: the potential for sustainable innovation is tremendous. And with it comes a new economic model: the so-called “third industrial revolution”. Blueprints and source files are shared freely without patents, R&D is mutualized globally, manufacturing is being re-localized, and the entry barriers are falling apart. Now, just about anyone can become a citizen producer”, Benjamin Tincq says.

Participants will develop ideas in areas such as mobility, communications, energy, housing, food and more. The team has launched a support campaign on Thunderclap: check it out or follow them on Twitter to keep updated. 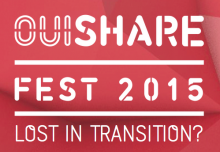 TIMES Pieces: Chatting with the OuiShare Team about OuiShare Fest and Being Lost in Transition

Entrepreneurs, social innovators, non-profit organisations and grassroots activists will gather in Paris this week for the third edition of OuiShare Fest. The three-day festival about the collaborative economy is taking place from 20 – 22 May. Theme: Lost in Transition? The meaning behind this is something we chatted to OuiShare team members Francesca Pick and David Weingartner about. 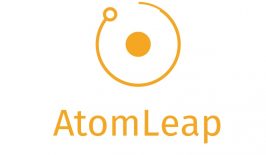 Connected to the Internet of Things? Leap Into the Next Phase!

Berlin-based hardware accelerator AtomLeap is calling on all young European entrepreneurs and startups from the fields of sensory technology and the Internet of Things to apply to take part in its upcoming Collider Camp.