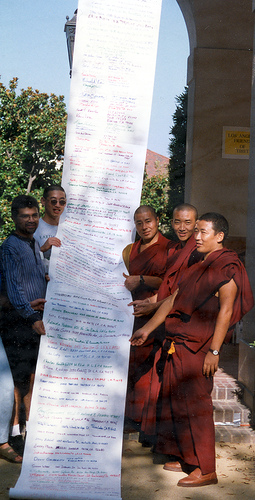 One of the most basic forms of everyday activism, petitioning, has been around for centuries and continues to be one of the top tools used for spreading a message and getting governments and corporations to listen to the public.

One of the most basic forms of everyday activism, petitioning, has been around for centuries and continues to be one of the top tools used for spreading a message and getting governments and corporations to listen to the public.

The act of collecting names and signatures in support of an idea or cause is so commonplace these days, it’s easy to get lost in the sea of issues that we are, at times, bombarded with. A casual stroll down a busy street can turn into a duck, dodge and hide situation as a plethora of clipboards present themselves vying for your signature and email inboxes become clogged with messages whose subject lines begin with “Sign our petition” or “Show your support”. From ending child labour to trying to have R. Kelly’s song “Ignition” instated as the US national anthem, the list of topics that call for signatures at any one time runs long.

Detecting a clear, linear history of petitions is a little difficult with some saying the practice has its roots in ancient Egypt and others tracing it back to imperial China where petitions were sent to an “Office of Transmission” and read aloud before the emperor. The practice eventually spread to England in in the 18th century where it was most notoriously used to lobby to give men the right to vote and decide who should represent them in the government.

Some of the biggest social movements in history, such as the women’s suffrage movement, have been aided by petitions. Often, petitions can be the first trigger point exposing people to an issue or cause. The spread of social media and the advent of petition-proliferating sites such as change.org has helped numerous activists get their message out there faster.

Start Your Own Petition

Got something you want to say or looking to intiate change regarding one particular issue? Start your own petition calling for change. Websites such as Halabol, Petition Online, Avaaz and change.org are effective platforms for creating petitions and, importantly, spreading those petitions far and wide to an engaged audience. Avaaz also has a good, step-by-step guide to creating good petitions.

Why Should I Bother?

There is a train of thought that argues that a lot of the time petitions are effectively useless and that signing a dozen petitions instead of actively getting involved in a cause breeds so-called “slacktivism”. One report conducted in Australia in 2007 found that writing individual letters to the government was a more effective than petitioning.

It almost goes without saying that not every petition creates the change it seeks but perhaps viewing petitions as sole agents of action is too narrow-sighted. Petitions can be highly effective at drumming up large-scale support for a cause, introducing people to an issue and demonstrating public opinion on any given matter to the government and can therefore be a handy stepping stone towards building larger public awareness campaigns.

Petitions have become one of the lynchpins of modern democracy giving people an avenue to voice their concerns about any given issue and take that concern straight to the powers that be. In this age of big government and even bigger corporations, it is perhaps a little surprising just how much impact petitioning can still create when done in the right way. It’s worth reflecting on our democratic model whenever we become flustered with door-to-door signature seekers or an overflowing inbox with petitions calling for signatures because like democracy, the system may not always be perfect but when it works, it’s unbeatable. 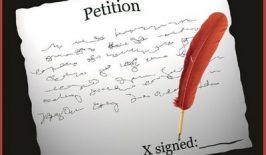 League of Women Voters of California

Halabol has made an incredible splash in the social sector since launching last year. Within just 16 months, the team has steered their outreach platform to great heights, providing a meaningful link between activists and an engaged audience. 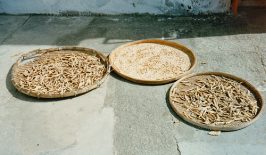