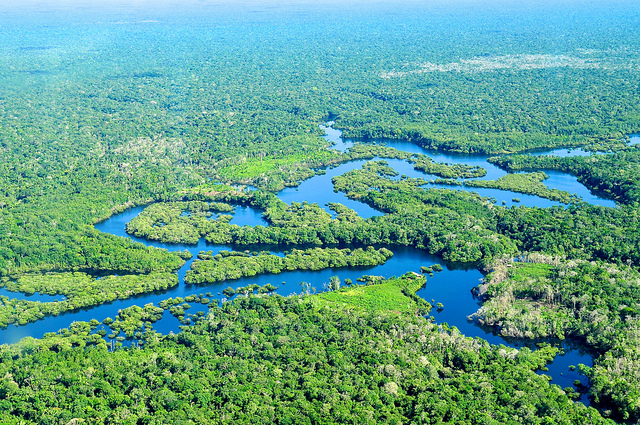 Tapping into the power of open data, a team based in Brazil has developed a set of interactive online maps that present a visual and graphic log of the environmental topics affecting the world’s biggest tropical forest. Continuously tracking and updating the information live and in real-time, they hope to offer the public reliable, up-to-date and accessible data on the threats facing the Amazon.

Often referred to as the “lungs of the world”, the Amazon rainforest holds half of the planet’s remaining tropical forests. Spanning nine countries and home to millions of plant and animal species, there is a clear link between the health of the Amazon and the planet as a whole. But over the last 50 years, 17 percent of the Amazon forest has been lost, often cleared for cattle-ranching, oil-drilling or growing soy beans, with reports suggesting that if trends in agriculture, livestock expansion, fire, drought and logging continue, more than half of the Amazon will be lost by 2030.

The website InfoAmazonia combines data from a wide range of sources: images from satellites and information from databases, as well as stories from journalists’ blogs and news sites around the world, to draw up a comprehensive, vivid and up-to-date picture of what is actually happening in the different regions of the Amazon. The result is a set of multi-layered and highly informative maps, visualisations and features, drawing from a wide-range of different sources. The website offers geo-spatial visualisations of a huge variety of different factors: not just deforestation, forest fires, and oil blocks, but also other elements, such as incidences of forced labour and the murders of environmental activists.

But the website isn’t just about collecting and presenting raw data. The maps can also be customised, downloaded and embedded into other websites and blogs, allowing journalists, academics and the public to use the information in their own projects. This allows people to cross-reference data and highlight links, such as the example of a researcher who used the maps to show that there was a link between violence against women and land conflicts related to deforestation, or add precision and ease understanding, such as the journalist who used maps from the site to visualise the fact that most of the crops grown in Brazil go towards feeding cattle.

Recently InfoAmazonia started a Google-sponsored project in Amazon communities where authorities lacked the evidence they needed to take action against a suspected contamination of the water supply. InfoAmazonia gave local volunteers equipment to monitor the quality of water in the areas where they lived. A simple test revealed whether or not their water was drinkable, and the sensors sent the data back to InfoAmazonia, where the information appeared on a map of the region. Residents were also able to sign up to receive text messages telling them whether the water in their region was safe to drink.

For more information about what InfoAmazonia do (and why they do it), in their own words, check out the video below. 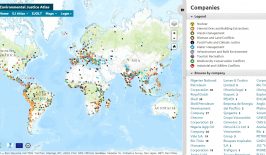 Out In The Open and For All to See: Where Environmental Issues Are Causing Social Conflicts

As communities the world over struggle to protect their natural resources, and the livelihoods that are inextricably linked to these, extraction activities and large-scale 'development' projects designed to fuel the global economy continue to inflict a heavy environmental and social toll on some of the most marginalised populations. 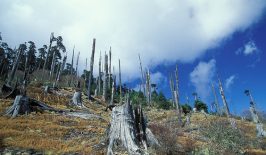