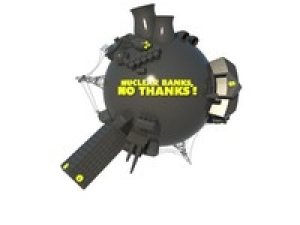 Nuclear Threat Initiative (NTI), a non-partisan, non-profit organisation founded in 2001 has been working to strengthen global security by reducing global threats from nuclear, biological and chemical weapons by building global governance and response. NTI’s staff is comprised of experts with operational experience in various fields, as well as governmental representatives from areas such as public health, international affairs, security and military issues, non-proliferation, communications and medicine.

GMAP produced by James Martin Center for Nonproliferation Studies at the Monterey Institute of International Studies is a facilities map where via just a few clicks, one can easily see the distribution of any country’s weapons including biological and chemical weapons, missiles as well as nuclear facilities along with country-specific descriptions. The map has been put together using corresponding content from NTI’s country profiles. The maps are speculative but are based on most credible available open source material as most of the times the facilities are classified.

Not to be missed as well is the video by Japanese artist Isao Hashimoto, where he has plotted all the nuclear explosions that have taken place since 1945 up to the year 1998 in a time-lapse video map.

NTI was also the organisation, which helped create the World Institute for Nuclear Security (WINS) in 2008 in Vienna, where private and government representatives for nuclear materials are able to meet and share their views on improving nuclear safety standards, best security practices and solutions to offset nuclear terrorism.

Has our article got you curious about the nuclear facilities around the world and you want to find out more about them? Then do also check out CNN’s article titled, “Nuclear weapons: Who has what?”, featuring a country-by-country detail about estimated warheads. 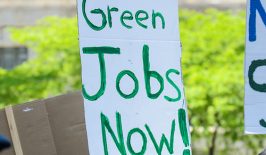 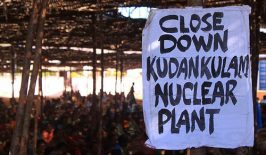 Protests against the Kudankulam Nuclear Power Project reach a climax

The year-long anti-nuclear protests that have been mobilised against the Kudankulam Nuclear Power Project (KKNPP) have, this week, reached a climax when, on Monday, around 1000 protestors assembled at the site in a last ditch effort to disrupt the loading of enriched uranium into the reactor.