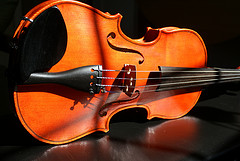 University of Minnesota undergraduate student Daniel Crawford and geography professor Scott St. George have combined climate data from the NASA Goddard Institute for Space Studies and a string quartet, to turn years into notes and temperatures into pitches. The stuff of dreams, if you ask me.

The composition, titled “Planetary Bands, Warming Worlds”, takes us through the place and the pace of climate change.

In the quartet, each instrument represents a region of the world: the cello is the equatorial zone, the viola is the mid-latitudes, and the two violins separately are the high-latitudes and the arctic.

The pitch of each note represents the average annual temperature for each region, so for example a really low note on the cello means that the equatorial zone was cold, whereas a very high note on the violin means that the arctic was warm in a particular year.

The piece is performed by four other University of Minnesota students, Julian Maddox on first violin, Jason Shu on second violin, Alastair Witherspoon on viola and Nigel Witherspoon on cello. In their performance, the temperature fluctuations between 1880 and 2014, the regional variations and ultimately the overall global warming trend are sounded out.

In turning climate change data into music these students may well be pulling at the heart strings of those less inclined to consult graphs, charts and tables and helping climate science become more accessible and engaging.

You can watch their performance here. 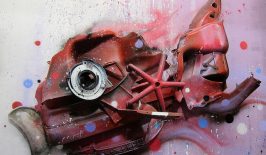 How does that saying go again? "One man's trash is another man's... mural?" A talented young street artist from Lisbon has created a serious of mammoth-sized sculptures on the streets of his hometown: collecting local garbage and ingeniously constructing it into eye-popping 3D works of art. 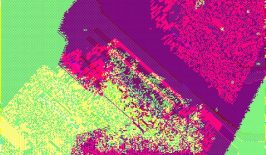