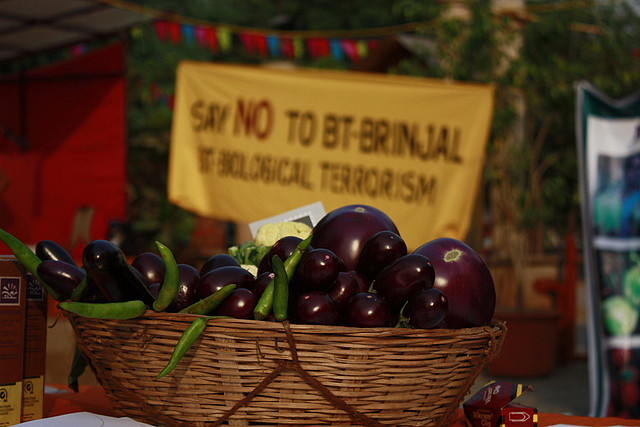 The debate surrounding genetically modfied organisms (GMOs) continues to run hot in India, despite the government sanctions placed on Bt Brinjal. Many argue that GMOs provide an answer to the ever-growing concerns surrounding food security and food prices by affectively building robust crops that are weather and climate change resistant.

On the otherside of the coin, it is argued that GM crops and the food they produce can have adverse affects on human health (in the form of allergic reactions and transferal of antibiotic-resistant genes from GM foods to the human body), while environmental impacts of GM crops can encompass issues such as negative impact on a non-target organism, possible loss of other conventional plants, ability of any GM organism to introduce engineered genes to native fauna and an increase in the use of chemicals in agriculture.

According to a paper submitted to parliament in August 2012 titled “Cultivation of Genetically Modified Food Crops – Prospects and Effects”, the debate over GM crops divides government right down the middle with various ministries and departments sitting on either side of the argument. Th paper determined that there is no need to adopt GM technology and that other solutions addressing food security must be identified. A number of state governments including Madhya Pradesh, Bihar and Kerala have banned the use of GM crops and won’t allow field trials to be carried out in these states.

A Supreme Court committee issued a report in October 2012 which stated that there should be a moratorium placed on field trials of Bt and Ht crops. Despite these reports and the concern of state governments, the Ministry of Agriculture still has favourable views of GMOs.

The GMO/food sovereignty debate is fascinating and this Saturday provides ample opportunity to get in amongst the thick of it. There are events happening throughout the country and everyone is invited to participate to learn about healthy eating and the ins and outs of the GMOs debate. Check out NSFD’s blog for all the event details. 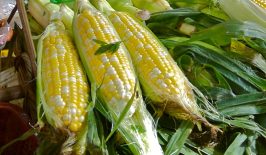