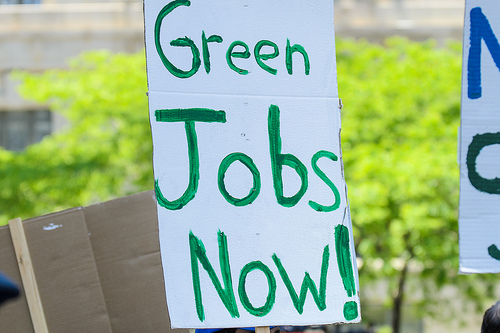 Disarmament calls for the reduction, limitation or abolishment of weapons, generally in connection with a country’s military or any specific type of weaponry a country might have (i.e. nuclear). These days, post-Iraq invasion, disarmament is commonly linked to the elimination of weapons of mass destruction such as nuclear warheads.

The United Nations reports that 1,7 trillion USD was spent globally in 2011 on military actions, which equates to about 4,6 billion USD a day, while the actual sale of weapons is estimated to be about 60 billion USD globally.

There is currently no international framework for monitoring the global trade of arms, despite the fact that most arms are imported from foreign countries. This presents huge problems as to ensuring that the weapons are being put toward intended use (i.e. military). This murky system has led to a thriving market for illegal arms, which like any clandestine activity, comes with its own set of horrible consequences. It is estimated that the illegal trade of small arms is responsible for about 1,300 deaths globally every day.

An international treaty on arms trade has been in the works since 2006 and has been the subject of some controversy, due partly to the fact that some countries wonder whether an international treaty would infringe upon domestic gun control rights. The treaty would significantly reduce the flow of arms and ammunition across country borders and approval of all 193 members of United Nations is needed before the treaty can come into effect. The last meeting for this was held in July this year though no agreement was made. Further negotiations are still needed to pass the treaty.

One of the largest forums set up to develop an international framework on disarmament is the Conference on Disarmament, held annually in three parts since 1979. Each year, one country is designated chair of the conference and last year, the organisers of the conference came under fire when North Korea was named as chair, despite the country’s track record of nuclear weapon proliferation (country chairs are selected alphabetically).

Recently, UN Secretary General Ban-Ki Moon hit the proverbial nail on the head when he stated that the gap between recognising the problems of the international arms trade and actually implementing policies to tackle these problems lies in the fact that national budget priorities still rely heavily on outdated formulas.

Another reason for the kerfuffle in trying to establish an arms trade treaty was noted in an article printed in the International Herald Tribune earlier this year which outlined the interdependency between the legal and illegal arms trade as well as the obvious difficulties faced by countries whose economies benefit from the manufacture and export of arms while aiming to adhere to global human rights standards.

One of the key bodies working towards global disarmament is the International Association of Lawyers Against Nuclear Arms (IALANA). The organisation, comprised of renowned legal professionals, works directly with the United Nations and international diplomats to tighten up international laws and abolish the need to use rule of force when resolving international conflicts.

One of IALANA’s key areas of focus is the complete elimination of nuclear weapons. Presently, countries such as Iran and North Korea are the focal point of such discussions given the poor track record of nuclear proliferation of each. Worldwide, it is estimated that there are currently 4,400 active nuclear warheads and some 19,000 total nuclear warheads, though precise figures remain unclear.

In 1968, fear of nuclear conflict led the United Nations to usher in the Treaty on the Non-Proliferation of Nuclear Weapons (NPT). The goal of this treaty is to prevent the spread of nuclear weapons and bring about complete nuclear disarmament. Of all the 193 states that make up the United Nations, four have not signed this treaty: India (who has declared that it possesses more than 80 active nuclear warheads), Pakistan, Israel and North Korea (who signed in 1985 but bowed out in 2003).

India has stated that its reluctance to sign the NPT has nothing to do with its commitment to non-proliferation of nuclear weapons, rather that it is sceptical of a treaty it believes caters more to developed nations than developing ones. India also has a “no first use” policy, meaning it won’t use its nuclear weapons unless an opponent attacks first using atomic arms (which is still a frightening concept).

Despite US-imposed sanctions on India in the 1990s following a round of tests on nuclear devices (these sanctions were later lifted),  India is generally viewed as a stable nuclear nation, with its missile tests earlier this year barely causing a frown among the international community.

With no firm international laws on the global arms trade and the hesitation of some to turn their backs completely on developing nuclear weapons, the situation remains off-balance. Countries pour funds into defence and building a solid national armoury while simultaneously trying to get the international community to agree on the regulation of the arms trade, which is as contradictory as the oft-bandied about phrase “fight for peace”. Perhaps UN Secretary General Ban-Ki Moon summed it up perfectly with the title of his recently syndicated opinion piece: “the world is over-armed and peace is under-funded”.