Minesto is hoping to plug into a truly innovative kind of renewable energy – using tidal currents in a brand new way. Key to the company’s technology – which they call “Deep Green” – is a submarine kite, or plane, which “flies” underwater. With one wing attached, which provides lift, and moored to a foundation on the seafloor, the kite can harness the movement of water currents to travel several times the actual speed of the underwater current – meaning the electricity produced is several hundred times more than if the turbine was held in one place.

Key to the success is having the kite mimic the behaviour of a tightly held kite in the breeze, passing through a figure-8 movement. The plane has rudders and a control system that steers the plane to follow the continuous pattern of movement. With water passing through a turbine and nacelle housing, electricity can be supplied via a gearless generator.

While conventional stationary tidal energy technologies require tidal currents of 2.5 m/s or faster to cost-effectively produce electricity, most of our oceans’ tidal energy is “low-velocity”, meaning it flows more slowly than 2.5 m/s. Deep Green operates as one of the only technologically proven energy generators that can work in these slow-moving but consistent “low-velocity” flow areas – unlocking a huge and as-yet untapped renewable resource.

The system has been tested at quarter-scale in Strangford Lough, Northern Ireland, for four years. This led to a 30m EUR project being implemented at full-scale, in North West Wales. This project, supported with EU Regional Development funding of 13m EUR, is for a 10MW installation in Holyhead Deep, a deepwater area 8km off the coast of Wales. The project has passed initial tests including a ‘flight’ of the underwater kite, and now awaits commissioning. The company hopes the project can expand to an 80MW installation if the initial project is successful.

A Minesto subsidiary is also exploring Taiwan, with an installation project planned to demonstrate the Deep Green technology in tidal streams at Keelung Island. “Marine energy has the potential to meet a substantial share of the need for reliable and clean electricity supply in this part of the world,” said CEO Martin Edlund in a recent release regarding the Taiwanese expansion.

Here at RESET we often look at emerging technologies where innovations have been proven in a lab, but are not yet at significant scale, or are seeking investment to prove they are viable. That’s the nature of the boom in entrepreneurship in green technologies.

Minesto is a little more substantial and further along than other companies and ideas we have covered. It is a publicly listed company, on the Swedish stock exchange, and publishes financial reports.

One question over the company is if it remains a going concern – the company is currently spending more than it makes as it attempts to show a commercially viable operation to its stakeholders and shareholders. It has posted a loss every year since listing on the Nasdaq First North Stockholm stock exchange.

The other is the very nature of the marine installations. Requiring deeper water than offshore wind farms, the marine installations are difficult, with both weather and tides always at play. Tides can be calculated and counted on; weather less so. It’s also possible that excessive maintenance may be required, given both the rudders and turbines contain moving parts.

However, the company is well aware of these factors and appears to be attempting to mitigate the issues well in advance of them coming up – as this interview with COO David Collier shows.

All in all, economic feasibility, cost per MW, and lifetime energy production are all being proven by Minesto’s Deep Green technology. 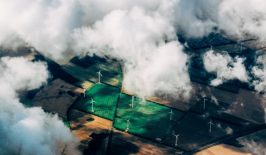 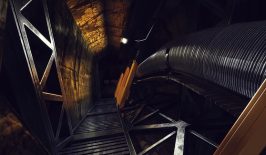 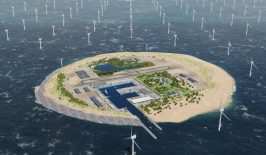 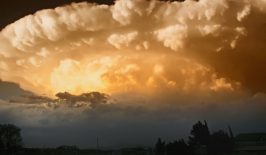 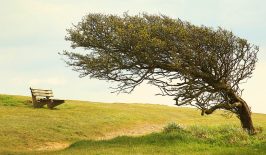