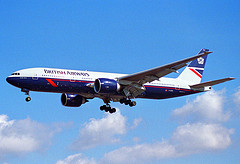 The plan is in accordance to British Airway’s pledge to reduce its emissions by 50 percent by the year 2050. The airliner has now teamed up with the US-based company Solena Fuel, to create more than 50,000 metric tons of jet fuel per year solely based on London’s solid waste.

Unlike land-based transportation, large-body commercial plans can’t run on clean energy sources (eg electricity), yet. Considering the raise in the price of jet fuels along with the predicted rapid 31 percent increase in commercial airline travel by the year 2017 (total of 3.91 billion passenger) , the aviation industry is beginning to take steps to reduce its CO2 emissions.

Over the years, there have been many attempts by manufacturers and airlines alike to either reduce fuel intake or produce jet fuels from more sustainable aviation fuel (SAF) sources. For instance in 2009 KLM, the Netherlands’ flag carrier airline, began operating the world’s first commercial flight using biofuel. Later in 2001, the airlines began using biokerosene (recycled cooking oil) on its flights from Amsterdam to Paris.

Solena Fuel has reportedly invested over $600 million in its gasification-Fischer-Tropsch process technology (See the video for more info). Based on the latest report, beside reduction in methane emissions, using such fuel could in some cases reduce greenhouse emissions by up to 95 percent. 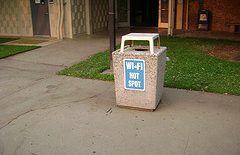 Want Free Wifi? Throw Your Trash Into a Garbage Bin!

Don’t deny it. You probably would do anything for free wifi on the go, wouldn’t you? And if what you had to do to get it helped save the planet in the process, even better!