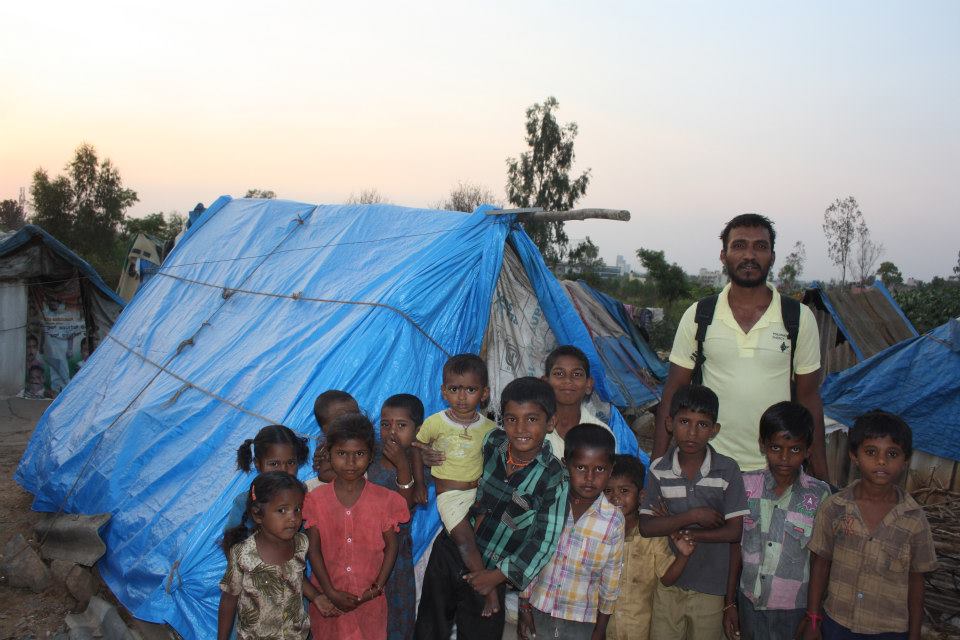 Pollinate Energy is a not-for-profit social business that works with local entrepreneurs in Bangalore to supply the city’s tent communities with safe, clean and affordable solar energy solutions.

Pollinate Energy is a not-for-profit social business that works with local entrepreneurs in Bangalore to supply the city’s tent communities with safe, clean and affordable solar energy solutions.

According to the International Energy Agency, in 2010, 25 percent of India’s population, over 288 million people, were still living without access to electricity. Currently, communities living off the grid tend to rely on kerosene lamps to light their homes. As well as indoor air pollution posing considerable health risks, the lamps’ open flames mean an increased chance of burns and house fires, and their carbon emissions mean that they’re not only hazardous to the people who use them, but they have a significant impact on the environment too. During a study conducted in 2012, researchers from UC Berkeley found that one kilogram of black carbon (a by-product that results from burning kerosene wicks) “…produces as much warming in a month as 700 kilograms of carbon dioxide does over 100 years”.

Pollinate Energy is a business that aims to replace those kerosene lights with clean energy alternatives by selling portable solar lamps to people living in Bangalore’s urban slums. The organisation sources and trains local community members and helps them to set up their own renewable energy franchises. These micro-entrepreneurs, so-called “Pollinators”, then buy solar home lighting systems from Pollinate and sell them directly to families within the community.

This innovative system offers local people the opportunity to earn extra income, while the Pollinators also play a crucial role in the success of the project. The communities they work with are living on the margins of society, unfamiliar with people approaching them with something to sell and often wary at first. It can be a challenge to convince them to make the switch. But speaking the same language, and coming from a not entirely dissimilar cultural background, Pollinators are able to build up a relationship and a level of trust with their customers.

Families are able to pay for the lamps in instalments, and they cost roughly half what an average family in the area would spend on kerosene in a month. The Pollinators also provide them with an ongoing support system – offering training in the local languages, checking that systems are being used correctly when they go to collect repayments, and regularly visiting the users to help them with cleaning and maintenance.

One of the main appeals of the solar powered lamps is their phone charging facility, as well as the fact that they can easily be used in a variety of ways – set up to sit like a table lamp, hung from the ceiling or even used as a torch. This allows each customer to adapt the lamp to fit their specific needs, whether it be children using the light to study in the evening, or a shopkeeper being able to keep his business running after the sun goes down.

Based in India and Australia, Pollinate Energy has to-date installed 1130 systems, reached 106,102 people and saved 19,705 litres of kerosene, 1,024,642 rupees and 27,291 kilograms of CO2. All this is just the beginning – any profits they make are invested in research and development into new areas, and after bringing solar energy to the rest of the estimated tens of thousands of people in Bangalore who still live without electricity, they hope to expand their project to other major Indian cities.

The organisation also offers a number of internships to Indian residents on a rolling basis. To find out more about the opportunities on offer, or learn about their work in more detail, visit their website.

Protection from and for Lions with Solar Energy 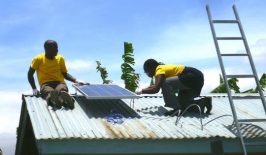