Do You Love Infographics and Visualised Data? Then These Awards Are For You 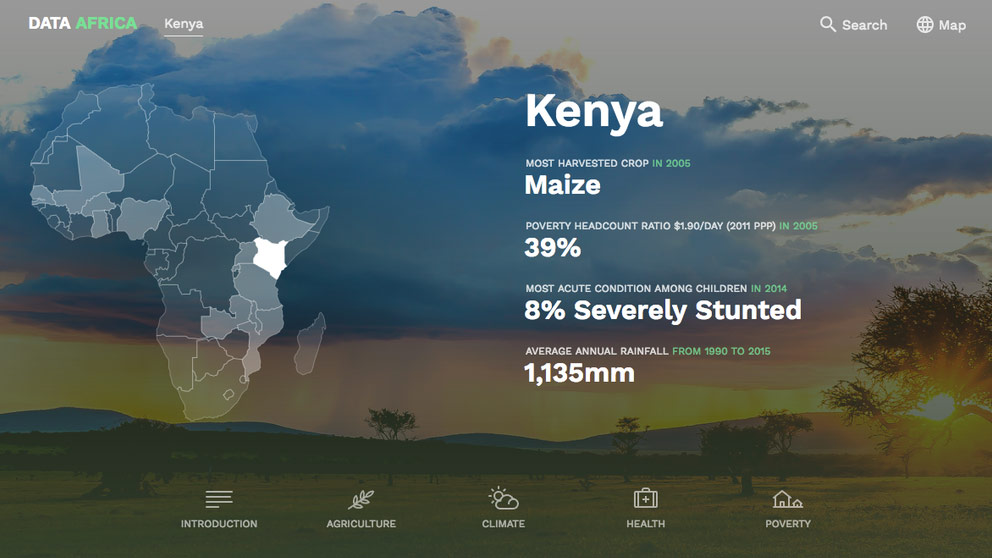 The Information is Beautiful Awards recognise excellence in the field of data visualisation and shine a light on some of the world's most pressing social and environmental issues.

The winners of the Kantar Information is Beautiful Awards 2017 will be announced at the end of November. The awards, which were set up back in 2012, aim to celebrate excellence in the field of information design and to showcase the best data visualisations and infographics from around the world.

This year’s competition is organised around different themes, and the Humanitarian/Global topic – with infographics on climate change, migration and poverty, among other things – offers a whole range of (visual) food for thought.

Here’s our pick of our favourites. 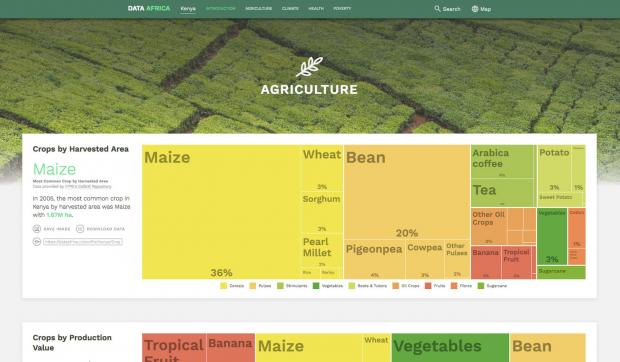 Data Africa is an open data platform that makes information about African countries accessible and easily understandable. It aims inform and enlighten as many people as possible about a continent that is all too often misunderstood and subject to generalisations. The infographics include simple to understand, colour-coded charts, that display information about agriculture, climate, health and poverty levels. And it’s possible to search deeper too, looking at data from individual regions rather than just countries as a whole.

The project currently includes 13 African countries from both the East and West of the continent. Data sources include the International Food Policy Research Institute (IFRPI), USAID and the World Bank.

Making the Connection – Inequality and the Digital Divide 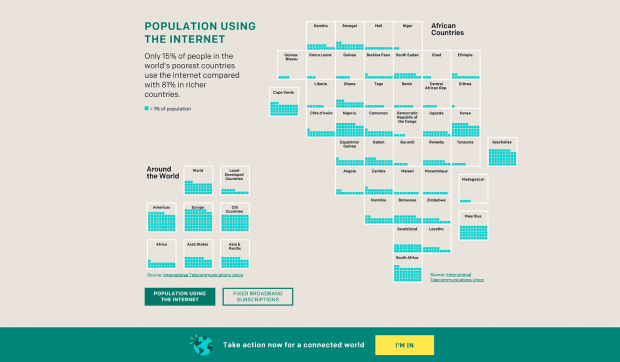 Making the Connection by One is a storystelling website that visually represents the correlation between the digital divide and people’s ability to make their way out of poverty. It also shows the huge gender inequality that exists when it comes to access to the internet. In Africa only 25 per cent of women are online, for example, compared to at least 33 per cent of men. As comparison: in Europe the divide is only 3 per cent (with 77 per cent of women and 80 per cent of men using the internet).

And why is the internet so key to escaping poverty? That’s explained with carefully-picked case studies from the fields of education, motherhood and agriculture. 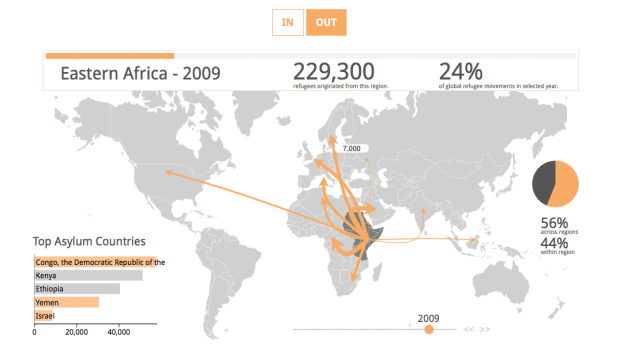 The topics of migration and refugees are tackled by four projects on the shortlist: 21st-Century Exodus, Those who did not cross, The Stories behind a Line and Refugee Movements.

On the Refugee Movements site you can look at migrational flows in and out of certain regions. The data here has been collected over a long period – from 1990 to 2013 – and as well as looking at absolute figures, you can also find out more what proportion of all refugees are to be found in different regions, and how many are internally, rather than externally, displaced.

One region which particularly stands out is the Horn of Africa, where there have been extreme migratory movements over the past 25 years. Somalia, Eritrea, Ethiopia and South Sudan are the countries that have registered the highest number of refugees. The receiving countries, for those who crossed borders, were primarily Djibouti, Kenya and Yemen, all in roughly the same region. A scrollable timeline allows you to look at the changes in the numbers of refugees, as well as find out the reasons behind their flight.

Among the nominees are also other projects on climate change, endangered species and even a visual mapped representation of the UN’s World Happiness Index.

A jury of over 25 experts will help to pick the winners, which will be announced on the 28th of November. Follow the awards and stay up to date with the latest news under the hashtag #iibawards. 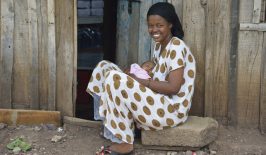 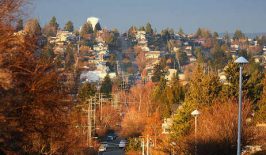 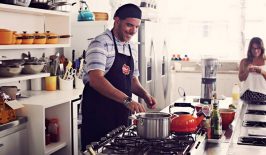 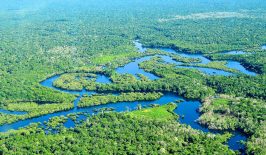 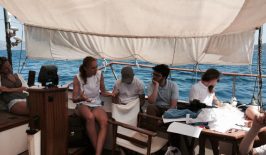 Germany certainly hasn't been backward in its approach to helping migrants; the generosity shown by both its government and the ordinary people on the streets has set an example to many other European countries. And now there's yet another initiative coming out of the country's capital. A new popup coworking space has recently opened in Berlin, offering the city's startups a space to meet up and work on projects that help refugees.