Got My Back? How Mexico City Is Inspiring Its Citizens To Tackle Gender-Based Violence 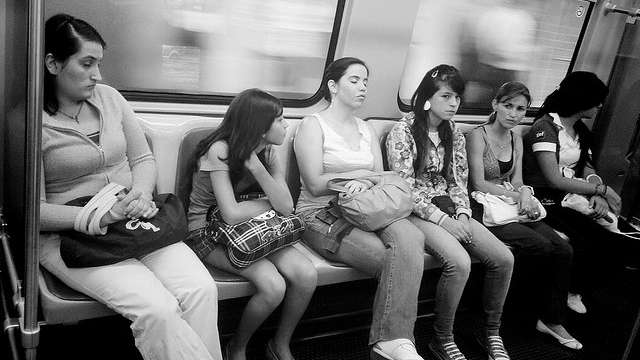 An initiative launched in Mexico City's public transport system aims to tackle the gender-based violence experienced by many of its users.

An initiative launched in Mexico City’s public transport system aims to tackle the gender-based violence experienced by many of its users. Summoning up a sense of community and tapping into the power of peer-support, it’s a new approach that might even go some way to tackling the root of the problem: culturally held concepts about violence against women.

For women in Mexico City, using public transport can be an uncomfortable experience. And not just because of the hoards of people crowding into the carriages at rush hour. According to statistics from a survey on transit safety carried out by the Thomson Reuters Foundation, Mexico City ranked as the second most dangerous transit system for women in the world (Bogota, Colombia, was in first place), with many females subjected to gender-based violence while using public transport, whether it’s unwanted attention and remarks or actual physical attacks. And it’s not just Mexico City that experiences this unfortunate reality. In other cities where the problem is also endemic (Jakarta, Tokyo, Rio de Janeiro and New Delhi, to name just a few), the reaction has been the same: to segregate men and women during peak hours by introducing women-only carriages on trains, and women-only buses.

But while this pragmatic approach might make things easier for women travellers in the short-term, it doesn’t go any way towards tackling the root of the problem. In fact, this quick-fix solution to such a complex problem might actually be exacerbating the situation by reinforcing the stereotype that women are victims that need to be protected, while men need to be kept under control. But now it seems like Mexico City is ready to offer their public transport users a more comprehensive solution. Launched last year, and developed in conjuction with the World bank and George Washington University, the project is entitled Hazme El Paro, which translates to “watch my back” or “help me out” in Mexican slang. The project was trialled on a 10 kilometre bus route that went all the way from the city’s southern suburbs to its commercial centre and combined three key elements – technology, campaigning and training.

It’s interesting but also depressing that while formal barriers to the participation of women seem to be disappearing all around the world, misogynist attitudes and sexist cultural practices still exist (and are perhaps even exacerbated by female emancipation?). And it’s exactly these kinds of attitudes that this project is trying to fight. By informing people, empowering them with information and the ability to speak up without fear, it allows strangers to step forward and become people, and those people to come together to form communities, which can then make a change from within. 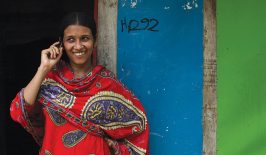 Bread For The World

How India’s City Changers Have Unlocked the Power of Complaining

It may be Britain that styles itself the "nation of complainers", but it looks like recently India has been getting in on the act too, with the development of a successful online platform that actually encourages people to voice criticism about their local communities. But it doesn't stop there: this bunch of whiners is actually getting stuff done. 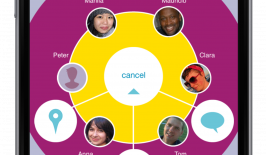