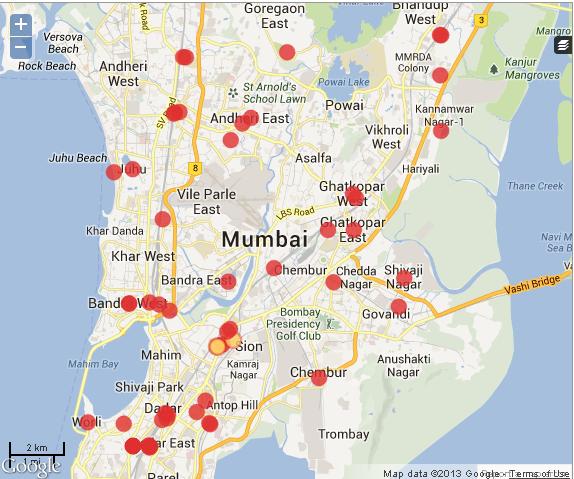 Akshara, a Mumbai-based non-profit women’s rights organisation and resource centre is working towards establishing a gender-just society and has recently released a web-based mapping to plot incidences of violence against women.

Akshara, a Mumbai-based non-profit women’s rights organisation and resource centre is working towards establishing a gender-just society and has recently released a web-based mapping to plot incidences of violence against women.

Their vision is to work with women from all sects of society and to establish a society which is free of violence, society where public supports gender equality, society where women are free from any discrimination and where women can live with dignity.

In order to attain the goal, Akshara recently launched an online map called HarassMap Mumbai  which plots occurences of violence against women.  Women report the incident and it is the recorded on the map, acting as a tracking tool and helping to highlight areas around the city which require better surveillance.

The map allows people to detail the specifics of the perpetrator and also classifies they type of crime (harassment, eve teasing, assault). Each map plot point describes the incident that occurred there and people who file a report may do so anonymously.

The idea behind the initiative is to provide women with a platform where they can express their concerns, discuss their experiences with harassment or violence and report areas where they feel unsafe or the absence of police patrol.

Once the area has been marked by the person reporting, it will appear as a red dot on the map and highlights the possible risks in the area to the other map users.

The Map gives a mic to the women of Mumbai in order to express their concerns. Akshara plans to use the map as a tool to lobby the government and municipality to help curb harassment and violence in the area. The platform is also meant for the citizens of Mumbai to take steps in order to make the city safe through their own positive actions. Times of India in its article about Akshara, believes that citizens can now play an active role in making Mumbai safe by contributing to an online initiative that will map unsafe zones and incidents of sexual harassment.

The reporting of an incident can be done via various options:

2.    Through the mobile app for iOS and Android phones

Parallel to this initative, Akshara will also provide support to survivors of violence in the form of providing information about the nearby police stations, other women’s rights NGOs or any other related service.

The success of a platform such as this can help usher in a new awakening and can act as an example in encouraging other cities to adopt a similar approach to providing safer streets for women.

We at RESET request you to tweet, SMS, repost the article or even write an article yourself about HarassMap Mumbai, so that more women can be made aware of the initiative. 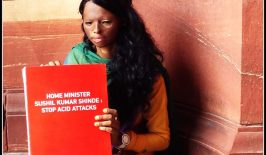