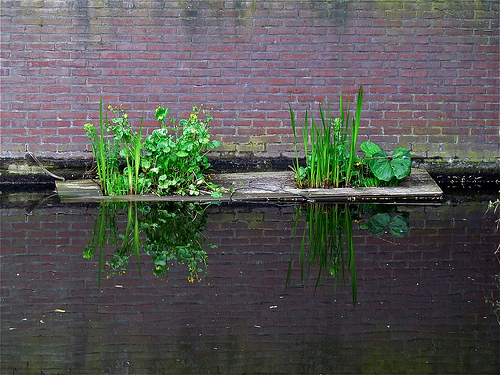 One person’s neglected stretch of turf is another person’s lot for covert gardening.

The view out of my apartment building is so much clearer these days, thanks in no small part to the eradication of more than half the trees along the street on which I live. I mean, that pesky foliage was definitely blocking my view of the plain, stucco building block across the street and when living in the midst of a concrete jungle, who needs actual trees (note: sarcasm on all counts)?!

With trees coming down and high-rises going up faster than any of us can keep up with, it’s become almost de rigeur to witness our shrinking shrubbery and chalk it all up to being a sign o’ the times. In the 1970s, a group of activists called the Green Guerilla Group (led by Liz Christy) attempted to reign this process in, transforming a derelict private lot in Manhattan into a garden which is still run by volunteers today. These days protected by the city’s parks department, the lot was New York’s first community garden and officially kickstarted a global movement which has gathered incredible momentum in the last forty years: guerrilla gardening.

A clandestine act of citizen mobilisation, guerrilla gardening sees people re-greening their city landscapes, pruning and planting vegetation on land that they generally have no legal right to use such as abandoned lots and neglected, roadside patches of turf. Given the illegal nature of this act, much of the gardening takes place at night, in secrecy to avoid fines and consequences relating to vandalism and trespassing (though a few plucky planters do their gardening during the day as a means of visible activism). Much like the Ugly Indians carry out most of their spot-fixing city clean-ups on the sly, so too do guerrilla gardeners operate covertly with the outcome of their work (rather than those undertaking it) functioning as both the message and the medium of the movement.

There is a wealth of online resources available for anyone looking to take part in the movement but the hub of most activity is guerillagardening.org. Founded in 2004 by one London-based guerrilla gardener, the site now documents guerrilla gardening activity from around the globe, offers tips on how to get started and provides guidance on how to get involved in activities that are already up and running.

Though certainly not a “new” idea by any stretch of the imagination (countless migrating communities as well as squatters around the world have employed guerrilla gardening principles – planting on land they do not own – as a means of survival for centuries), the movement itself has flourished in response to rapid urbanisation. As our urban populations continue to swell and megacities start to pop up, vegetation is being razed to make room for more city-supporting infrastructure. As movements such as guerrilla gardening and its conventional (read: legal) cousin urban gardening demonstrate, there is a need for balance within our urban landscape and that it can’t just be all high-rises and skyscrapers. A recent, UK-based study by the University of Exeter found that living near or having access to parks, gardens or other so-called “green spaces” can result in higher quality of life and wellbeing for urban dwellers.

Locally, there is an active guerrilla gardening group based in Bangalore (for updates, check their Facebook page) and overnight-gardens have popped up in Goa and Mumbai.

Much like graffiti and street art, guerrilla gardening is not so much about taking individual ownership of a public area as it is about reclaiming public space (particularly disused or neglected public space) for public use and benefit. Greening up the city is the ultimate creative subversion of our increasing urban sprawl and, aside from the benefits to our wellbeing, a little greenery is always a visual delight –  lest we be left with endless views of stucco buildings from across the street.

Get inspired to go guerrilla with this film “Holes of Happiness” created by a British guerilla gardener: 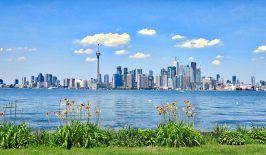