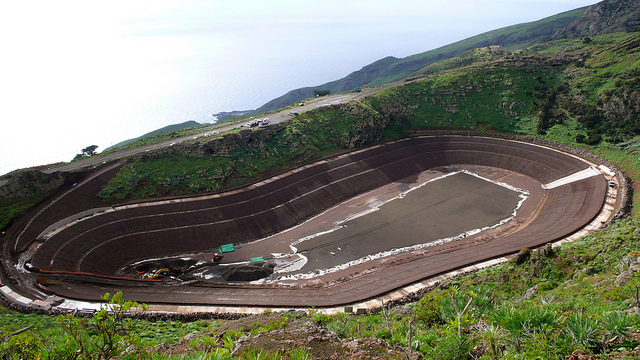 An island that wasn’t even on the map in ancient times is now setting the precedent for today’s and future civilizations. El Hierro, one of the Spanish Canary Islands, is the first island on the globe to run on 100 percent renewable energy.

An island that wasn’t even on the map in ancient times is now setting the precedent for today’s and future civilizations. El Hierro, one of the Spanish Canary Islands, is the first island on the globe to run on 100 percent renewable energy.

El Hierro is also a small community, home to just 10,000 people. But the round the clock energy needs of El Hierro’s residents are all hydro and wind-powered. The engineers of Gorona del Vento, the plant that supplies El Hierro, are the first to use a combined system of wind and water. Traditionally, plants use one or the other.

It’s not just islanders who want to live green. There are several communities that run completely on renewable energy. Entire districts in Malmo, Sweden are entirely green, as are the eco-communities located in Spain throughout Europe. There are the Valle de Sensaciones and Matavenero in Spain, Sieben Linden and Schloss Tonndorf in Germany, Krishna Valley of Hungary, Damanhur in Italy, Schloss Glarisegg in Switzerland, and La Borie Noble in France.

Just five industrial windmills and one lake supply electricity 24 hours a day 7 days a week. The hydro-wind technology currently costs the same for El Hierro residents as diesel energy, but is at least of no cost to Mother Earth. 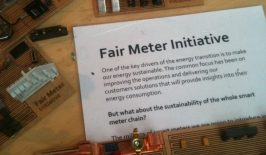 The European Union is looking to replace analogue energy meters in 80 percent of homes with digital versions – called smart meters – by 2020. Dutch company, Fair Meter, is looking to assist this process in a sustainable way, offering smart meters that are ethically and sustainably produced. 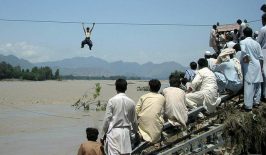