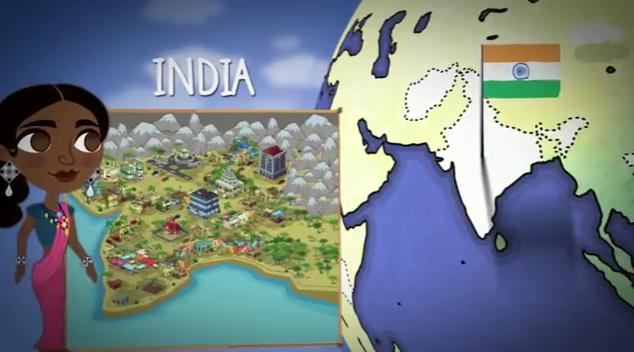 ©
Screen shot from Half the Game

The latest statistics on education are harrowing. UNESCO recently pointed out that 57 million children remain out of school and an estimated 250 million children are illiterate due to the poor quality of education. New data also shows that roughly 32.2 million primary school children were held back a grade in 2010, and 31.2 million pupils dropped out of school in the same year – many of whom will never return. The commitment to get all children in school is obviously the first, most pressing priority, yet we must also pay heed to the latter statistics. As it stands, we are struggling to provide equal access to quality education and also lacking the ability to engage students once they enter the classroom.

A New Channel of Engagement

The issues surrounding education are multifaceted and, because of this, the remedies are too. No solution on its own can provide all the answers. One field of work that is heating up in the education sector, particularly in debates about knowledge consolidation and retention, is digital games. Game-based learning, whether on- or offline, has long been used as a method to channel youngsters’ interest into streams of traditional education in a manner that is both engaging and inclusive. Games offer a unique environment for children to tackle problems, work together and, with caveats, absorb complex information outside of the standard “rote learning + textbook” model. Numerous studies have offered an insight into the valuable and integral ability of games to contextualise difficult topics in classrooms, as well as their potential to offer enhanced literacy teaching and learning.

Digital game-based learning has been making its unique mark on the education system since the beginning of the 1980s, and in some places well before that. Early titles include Logo Programming (1967), Lemonade Stand (1979), and Snooper Troops (1982) which, among others, helped to introduce students to subjects like maths, history and geography. They also laid the foundation for a plethora of educational, problem solving-based games to come, and led to a new strand of gaming in that fuses youth education with social impact.

Gaming academic and designer Jane McGonigal recently put forward a case for knitting social issues into digital games. She suggests one of the most beneficial aspects of gaming is its ability to produce collaboration, co-operation, determination and optimism among its young players in-game. Such attributes and emotions can be difficult to conjure when faced with real-life social and sustainability issues, and often greeted with frustration and cynicism instead.

A good example of this is a game called World without Oil. This game was designed to harness the collective, unique intelligence of gamers and apply it to a serious global problem: oil shortage. Players were invited to spend six weeks participating in a collaborative, simulated environment, generating their own stories about the crisis and strategising ways to manage it. The result is an online immersive archive of 1,500 personal blog entries, videos, voicemails and images, all dictating first-hand experiences and proposed solutions to our real-life oil dependence.

The goal of social cause games is to educate its players on global issues and inspire their unique solutions. Game designers Decode Global recently worked with charity: water to meet this same end. The two organisations banded together to design Get Water! For India. The aim of the project was to produce more environmentally and culturally aware players, as well as build knowledge about getting access to clean water in developing countries. Get Water! For India traces the life of Maya, a young Indian girl who must collect clean water for her family, and is fraught with real-world issues and challenges along the way. The game teaches its players about the non-profit’s work in India, introduces key issues such as sanitation and availability of clean drinking water in developing nations, and helps players discover new ways to bring clean water to these regions.

Get Water! For India is a powerful medium to educate young players, and spark the creativity and problem-solving skills necessary for real-life positive outcomes. It was only recently released, however, so the quantifiable impact of the game is yet to be determined. This doesn’t mean social cause games can’t be measured, however, as another gaming project, Half the Game, demonstrates.

Half the Game is a Facebook adventure game based on the Half the Sky movement, which aims to raise awareness and donations to empower women and girls around the world. Players are not only educated about the oppressive realities of women and girls, but can make real-world donations to seven non-profit organisations woven into the game. Despite Games for Change‘ recent release of this game, it’s already attained one million players and made $417,000 from direct and sponsored donations.  Sponsored donations ensure a guaranteed contribution of books and surgeries can be triggered for free by the players, enabling a much larger group of people to participate with the knowledge they’re making a real life impact. As such, soon after its release, players had already unlocked 230, 350 books and 145,100 USD for life-changing surgeries.

Keeping an Eye on the Goal

Half the Game and Get Water! For India both demonstrate how social, sustainability-driven games can lead to positive outcomes for the players and the people represented in the narratives. However, the technological divide still prevails across the globe and utilising mediums that aren’t widely accessible in developed countries will further hinder us from achieving the Education for All mission.

65 percent of the world’s 3.5 billion phone users live in developing countries where low cost phones are prevalent. As such, Games for Change worked with USAID to develop three games specifically for low cost phones. These are 9 Minutes, a game that focuses on education around healthy birthing practices, Worm Attack! promoting deworming awareness, and Family Values, which highlights the current place and value of girls in the family.

These games are having a positive, real-world impact on its players, with their subsequent actions being evidence of the fact.  As an example, 9 Minutes has been evaluated with pregnant women and their spouses in India, and was found to make positive shifts in knowledge, attitudes, and behavioural intentions toward promoted safe pregnancy and delivery actions after playing the game.

The value of social cause games for young people can be viewed on a range of different levels. They can educate the players on social issues around the world, as well as provide a channel to offer and receive donations and contributions, including school books and surgeries. The downside is developers and their partnering organisations have a long road ahead of them before they can really take hold of gaming community and build a network of support within the education sector. Rectifying this will involve a lot more research in the field, matched with player-contributions and open youth forums to ensure a solid level of engagement.

Despite the mission ahead for social cause games, Universal Children’s Day marks one set day in the year where we can recognise and celebrate childhood. Perhaps, in this instance, it can also be a day where we recognise and celebrate a step forward into a burgeoning new field of education for children. One that seeks their engagement, participation and support in social issues – now and in the future. 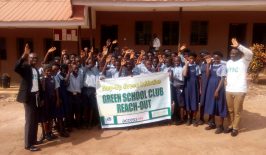 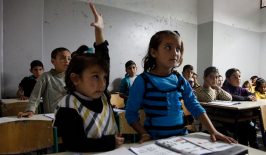 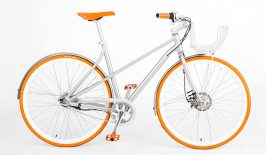 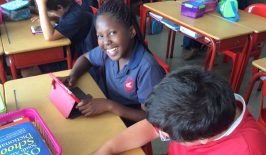 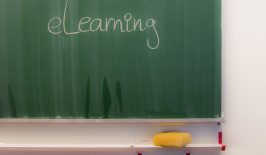 Step Inside the Virtual Classroom

From taking cooking classes on Youtube to earning entire degrees outside of a classroom, eLearning has grown from being a "last resort" option to a frontrunner for providing pathways to education. 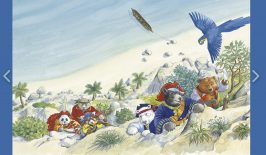 The fight between reading the book versus watching the movie is over…at least for children.