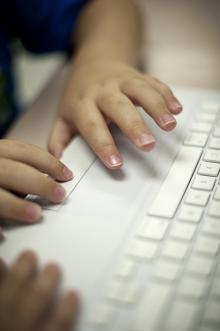 Good project management requires a good team. Samasource is network that looks to assist un- and underemployed people living on the poverty line by helping them build digital literacy skills which they can then parlay into employment opportunities.

Good project management requires a good team. Samasource is network that looks to assist un- and underemployed people living on the poverty line by helping them build digital literacy skills which they can then parlay into employment opportunities.

Samasource is a non-profit organisation that is on a mission to fight poverty worldwide by connecting people in developing countries to the digital world, operating under an approach they call ‘microwork‘. The idea is to break up complex projects into much smaller work tasks which are then distributed via the SamaHUB to find talented and resourceful collaborators.

Samasource works with partners in a number of countries and recruits women, and young people who live on the poverty line. They receive two-to-four weeks of computer training in order to prepare them for the job and, boadly speaking, help bridge the digital divide. As soon as they have completed their training and are able to demonstrate that they are capable of undertaking tasks using digital tools, they can begin taking on projects and earning some income (in line with the Fair Wage Guide) .

92 percent of Samasource’s staff were un- or underemployed. After just six months with the organisation, these people were able to raise their income level 114 percent while another 89 percent have been able to find further work and permanent positions as a result.

Find out more about the organisation’s goals via the video below or on their website:

This article has been translated from the original by Hanadi which appeared on our German platform.