iScuela, a Self Learning Platform for Kids 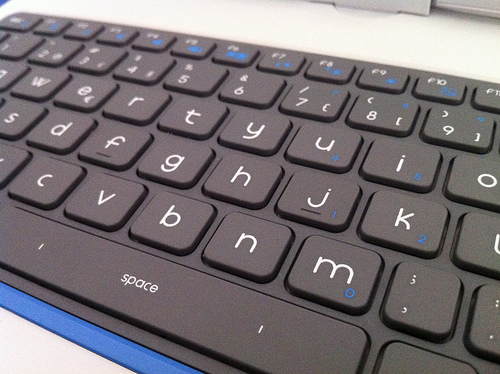 Technology often seems like the biggest promise of education for all in the future – shiny tablets in classrooms, MOOCs opening out learning where quality teachers are scarce and interactivity that can engage children’s imaginations and break down education barriers. A pre-cursor to being able to leverage the leap in technology however is good, interesting content.

Technology often seems like the biggest promise of education for all in the future – shiny tablets in classrooms, MOOCs opening out learning where quality teachers are scarce and interactivity that can engage children’s imaginations and break down education barriers. A pre-cursor to being able to leverage the leap in technology however is good, interesting content. And content has unfortunately remained the same for generations of regular school-goers, with maybe a few tweaks here and there.

Maninder Singh Bajwa was yet another IT engineer working on a few projects in Melbourne, when a casual cubicle discussion one day suddenly threw up the idea of working on tech in education – is it possible to do something about pedagogy that has remained the same since our grandfather’s time? And that was the impetus to start iScuela, a self-learning platform for kids in both private and public schools that could work without the Internet – rich content that kids could refer to beyond their regular curriculum.

The Idea: A Self-Learning Platform for Kids

iScuela is an Android based device that makes educational content available offline to children. Using illustrations, interactive graphics, maps and animation in interesting ways, iScuela’s modules bring alive concepts taught in 2D in textbooks. “We have presently mapped the school content and syllabus from class 1 to 10. We brought on board teachers and content developers to build the content keeping the national curriculum framework in mind. As this product is mapped with what a child learns in class, it gives a platform to the child to self learn the same topics once at home after school,” says Bajwa, of the product.

iScuela has so far reached 27 schools and close to 2800 students in around 10 states of India and the reach varies from cities to towns to villages. “We are now aggressively working to create an awareness about the product,” says Bajwa. Today, iScuela has reached out mainly to students from Chandigarh, Punjab, Haryana and Delhi.

The product has been on the field for a year now and the team is just now looking at developing the sales engine that can acquire customers. “Our business model was originally only B to C but now were developing models to operate in a more B-B-C model, which includes involving schools into our system,” says Bajwa.

“In the market right now, we only have products with PDF files uploaded on a tablet or a collection of videos where a teacher is speaking in front of a camera and writing on a blackboard, which we feel defeats the purpose as we leave the student out of the learning process by making him/her a mere spectator. iScuela was developed with one aim that was to get the student engaged in the learning process as much as possible. The extent of engagement is what we feel sets us apart from the rest,” says Bajwa.

While the team is thinking now about monetising their offering and reaching out widely to schools, Bajwa is also thinking about how to develop the product further so that teachers could use it without having to learn too much about technology.

While developing the product, the team of interaction designers, techies, teachers and content developers chose two schools, one in rural India and the second, one of the top schools in a city. “We were amazed to see that both sets of students responded to it in the same manner and their pick up and learning speeds were also more or less the same. This gave us the belief that this product can be for all and that students from village schools or rural area can actually study on a tablet or any IT gadget.”

iScuela is a winner in the ‘Education for All’ category of World Youth Summit Award in 2013. Applications for the award this year are open till June 15th, 2014. For more details, click here. 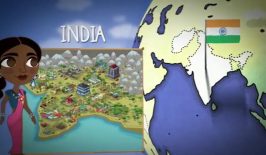 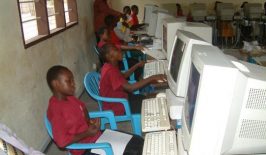 Learning with 1s and 0s

The shift towards getting tech tools into classrooms in the developing world is providing new educational pathways to children that help ensure no one is left behind in our highly digitised world.