The Earthquake Warning System In Our Pocket 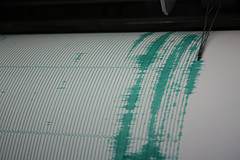 Millions of people who live in earthquake-prone regions live under the threat of natural disaster. Countries such as Japan and Mexico have early warning systems in place that could help save lives. According to a US study, smartphones could now also alert people when the earth starts to shake.

Millions of people who live in earthquake-prone regions live under the threat of natural disaster. Countries such as Japan and Mexico have early warning systems in place that could help save lives. According to a US study, smartphones could now also alert people when the earth starts to shake.

Via exact measurements of plate movements and the accompanying seismic waves, people living in at-risk areas can get informed so as to best prepare themselves in the event of stronger tremours or disaster. According to a study from the US, new smartphones already possess the the technical capacity to provide warning messages in emergency situations. Smartphones currently include a less accurate and cost-effective version of the kinds of sensors found in early warning systems. Why not capitalise on this and develop it further?!

Developing regions could in particular benefit from this technology. There are already earthquake apps that send out messages in emergency situations. Now however, smartphones themselves could deliver this data.

Read about mobile tech’s role in furthering development in further detail in our Knowledge article ‘Mobile Technology and Sustainable Development’.

How It Could Work

An app that runs in the background without burdening the battery excessively anonymously collects seismic data and sends it to the applicable regulatory agencies. This could help provide warning signals when there are unusual plate activities – especially in areas that are under-monitored.

Such systems could work because there are already millions of smartphones in use that have the required sensors and also because each device is a small computer that could analyse and process the data, says geophysicist Sarah Minson.

Minson is optimistic, however there is currently still the problem that smartphones strive to always provide the most accurate GPS location, and pretty much filter out any “extraneous noise”, which includes earthquake warnings.

Thus the technology still requires further development. Nevertheless, everything is set to be tested in a one-year pilot project in Chile. If the project proves successful, perhaps we will turn smartphones into earthquake early warning systems through a simple software update.

This article has been translated from the original published on our German platform by Hanadi. 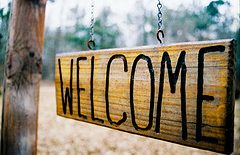