The routes to economic growth, development and “success” are not what they once were. The methods that the major industrialised countries used to build their prosperity are no longer environmentally and socially viable – in fact, they never were – nor are they justifiable or sustainable. Particularly in light of the growing threat of climate change, we must find new, innovative, sustainable and futureproof ways to do business.

Digital technologies can be an important tool in this process by facilitating the flow of goods, capital, knowledge, data and new ideas around the world. A new publication from the Institute for Transformative Sustainability Research (IASS) in Potsdam takes a closer look at the opportunities and challenges involved in the digital transformation on the African continent.

Hopes for economic growth on an unequal digital stage

Many countries in the Global South see potential for their socio-economic development in digitalising their economies, as “Digitalized economies in Africa: Structural change in a dynamic environment” explains, a new publication which draws conclusions based on scientific articles and studies by international organisations in various African and European countries. Digitalisation is often seen as an important driving force for growth, new jobs and more environmentally friendly industrial development. In addition, the governments of many African countries see potential in digitalisation as a driver for the development of the industrial and service sectors and to improve agricultural production.

“With regard to the positive effects of digitalisation in the context of low and middle-income countries, however, hopes are often higher than what is ultimately empirically proven,” Stefanie Kunkel, research associate at the IASS and one of the three authors of the study, explains to RESET. In the service industry in particular some new jobs have been created (food delivery services via the internet, for example), but these jobs are usually in the lower income range and therefore do not rank among the jobs which drive the desired economic growth.

The global information and communication technology (ICT) industry is one of the most important goods-producing sectors in the world. According to estimates, the ICT sector grew from 1.3 trillion USD in 1992 to 3.9 trillion USD in 2014, accounting for 4.5 percent of global GDP. However, according to the United Nations Conference on Trade and Development (UNCTAD), only ten economies accounted for 93 percent of global value added in ICT manufacturing in 2017, led by China, the USA and the Republic of Korea. Measured in terms of the profit made from doing business with ICT, China leads the way with a share of 32 percent. The United States follows with 19 percent. Together, these two countries therefore generate more than half of the global profit made by ICT. South Korea and Taiwan follow with 11 percent each, Japan with 10 percent. While there are noteworthy exceptions that highlight the growing efforts of several countries to deliver ICT products and components ‘Made in Africa’, one example being the Mara Phone, the first African smartphone, made in Rwanda, which was launched in 2019, only a few African countries have a share of high–tech exports greater than 10% of the respective country’s overall exports . These include Rwanda and Mozambique.

As a result, as the study shows, there are only a few niches left in the value chains of ICT for countries of the Global South, including African countries. This makes it difficult for them to enter the market and to assert themselves amongst large global trade and production competitors.

The global coronavirus pandemic has given an urgent boost to the expansion of digital infrastructure worldwide. This is also the case in many African countries. “Although it is still difficult to estimate due to a lack of data, there are signs in many major African cities that people are accessing more services online,” explains Kunkel. In the long term, however, the crisis will have serious social and economic consequences for the African continent. According to the publication, these will slow down the development of digital infrastructure projects in the long term and limit the promotion of important areas such as education, research, innovation and environmentally friendly economic development.

The authors of the study also explain that the prospects for digital development in African countries are becoming increasingly uncertain. This is due to the far-reaching political and socio-economic changes taking place across the continent, the unresolved questions regarding the international governance of the digital economy and the global economic crisis emerging from the corona crisis. “There is a high risk that the digital divide between African coun-tries and more technologically advanced countries could widen even further and that already existing market imbalances will be reinforced at the expense of developing countries,” the authors of the study state.

Despite the current huge negative social and economic consequences of the coronavirus pandemic, the study states that Africa would benefit from the social and economic opportunities that a digital transformation would bring in the long term. After all, expanding digital infrastructure could not only promote education and the health sector, but also the general standard of living, the development of sustainable production methods and sustainable consumption. Along the way, the governments of African countries could contribute to the development of socially and environmentally better use of ICT, address data protection problems and develop environmental standards for energy and resource consumption.

ICT manufacturing requires the extraction of various minerals and African countries are major contributors to global mineral production. In the Democratic Republic of Congo and Zimbabwe, for example, this extraction is responsible for huge amounts of emissions, which could be reduced with the expansion of more sustainable energy sources, for example. In addition to its environmental (un)sustainability, the mining of copper or lithium, for example, often also has very damaging socio-economic effects too, the study found – with serious human rights violations, poor working conditions and an unfair distribution of income being typical issues for this industry. Here, and also in the collection and recycling of electronic waste, African countries could set new standards, the study says.

Historically, the countries of the global North bear a greater responsibility for global warming. But, they also tend to have more resources and political influence to promote a shift to a more sustainable economy. “If you are trying to rethink digitalisation and use it to promote sustainability, you also need to talk about what opportunities individual countries have to make digitalisation sustainable themselves,” says Kunkel. It is, therefore, above all the task of the countries in the Global North to work for a more sustainable digital economy around the world. “As long as industrialised countries are not exerting this pressure, the rest of the world won’t follow their lead,” says Kunkel. This development wouldn’t be possible without the countries of the Global South, of course. “We must, nevertheless, and without repeating past mistakes, find a more sustainable way to digitalise”. The issue of sustainability is only set to become increasingly important in the future. And while the study still remains very vague on exactly what this sustainable digital future will look like, it provides a good overview of the current situation and demonstrates a few initial approaches for countries of the Global South.

The UN Roadmap for Digital Cooperation – Where Could It Take Us?

The UN recently presented its new roadmap for digital cooperation. The aim of the action plan is to break down the digital divide and create a digital world that is safe, equitable and of benefit to all. The plan is ambitious. But could it be successful too? 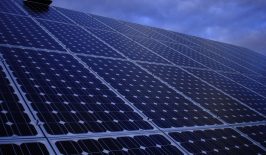 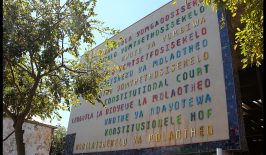 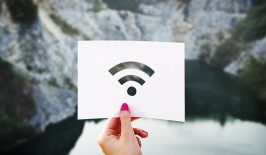