Open source as a development model is changing the world we live in. Information is shared freely and transparently, design modifications are accepted and promoted, and the democratisation of data is held at its core. Juliana Rotish, co-founder of Ushahidi – open-source software for collecting and mapping information – champions this movement, and that’s why we’re sharing her story for the fourth Inspriring African Women in Tech series.

Juliana operates at the heart of the African tech scene. “Ushahidi”, which means “testimony” in Swahili, is a non-profit tech company specialising in the development of free and open source software. The company was borne from a website initially developed to map violence and peace based on reports submitted via mobile phone. Their vast number of users sparked the realisation that the platform was one that could be utilised around the world, and they have since grown to be a company that makes crowd-sourcing tools available and useful.

While an inspiring company in itself, Ushahidi isn’t the only reason Juliana is included on our list today. She also holds numerous talks on the African tech scene, and is a founder of iHub. Ihub is a Nairobi’s innovation hub; it is a space where technologists, investors tech companies and hackers alike can freely and openly exchange ideas and collaborate. It focuses on young entrepreneurs and new technologies, and pushes them together with the concept of Open Innovation.

It would come as no surprise that with these feats under her belt, Juliana is also a TED senior fellow. There’s no one better to discuss “Ushahidi” and where it fits into to the benefits and challenges of connectivity in Africa than the women itself. Watch, listen, and learn here:

Juliana’s profile is the fourth of our five-part profile series on Inspring African Women in Tech. Keep your eyes peeled for next week’s profile on Jessica Colaco. 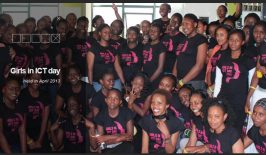 Judith Owigar has gone from strength to strength in Africa's tech scene despite only 15 percent of women currently occupying that space. She is the owner of the tech startup Juakali, and President of AkiraChix – an organisation centred around building, supporting, and inspiring African women in technology. 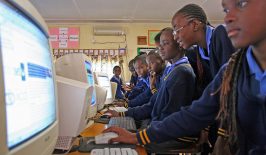 Barbara Mallinson Has Big Dreams For e-Learning In Africa

Zimbabwe's Startup Weekend is fast approaching and makes a specific call for participation from young children and women.