Want to compost your kitchen scraps but have nowhere to do it? How about finding someone nearby who wants to take them off your hands? There’s an app that might help.

Every household produces waste each and every day – a lot of it in fact. We might think that it’s the big supermarkets that are to blame, but actually, research shows that it’s households that are the biggest sources of food waste. Consumers are responsible for more than half of the total food waste in the EU, between 95 and 115 kg per person, per year. When that food waste ends up landfills, it gradually decomposes and produces methane – a greenhouse gas over 20 times more potent than CO2.

For those who aren’t lucky enough to have effective organic waste recycling systems operating in their home towns, home composting can be a great alternative. Turning food scraps into compost is a complete win-win: as well as lessening the burden on landfills, compost is also a great soil additive and nutrient-rich natural fertilizer. It’s full of microorganisms which plants love and has none of the polluting side effects of the nitrogen and phosphorus-rich synthetic alternatives.

But for people in small apartments where space comes at a premium, having a giant compost bin in the corner of your kitchen isn’t all that convenient. For all of those people, there’s ShareWaste – an app that connects people and their unwanted kitchen scraps with people nearby who want their organic waste – because they already have a compost pile or bin, or maybe even chickens or worm fams that need feeding.

ShareWaste is basically a digital open source map, and all you need to sign up and contribute is an email address and your first name. If you want to start receiving scraps, you can add your compost station to the map. You can specify whether you’re collecting for an individual household or for a community project, or even if you’re collecting for animals and what they can eat.

If you have scraps to give away, it’s just as simple. Just enter your location and look for nearby collectors. Click on an icon to get more information about a site and what kind of scraps they can accept. The exact address of users is hidden to protect their privacy, so you have to send them a direct message to the host to arrange a drop-off time.

Set up by a Eliska Bramborova and Tomas Brambora, a married couple originally from the Czech Republic but now living in Australia, ShareWaste was launched in 2016  and currently boasts over 9000 users across the globe. While the vast majority are based in Australia, compost spots have already sprouted up in Germany, the UK, the US, Brazil, Costa Rica, South Africa, and Nepal too.

How Compost Can Build Community

The idea for ShareWaste came about after the founders moved from their native Prague all the way to the other side of the world to Australia and found that offering food scraps to composters nearby (via a Facebook group at first) was a great way for them to meet their neighbours. And the drop-offs/meet-ups were educational too – they learnt first-hand how home composting can work, what urban gardening projects were happening in their neighbourhood, what it’s like to keep chickens and all other kinds of aspects of living a sustainable life. And so they set up the app and online map so that others in the community could benefit too.

The service is free and the whole operation is currently run by volunteers meaning they’re always on the lookout for people who can support them financially via their donation page or support them by offering their skills too.

You can get the app for Android here and iOS here, or get involved by signing up on their website. 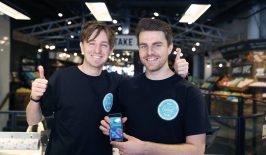 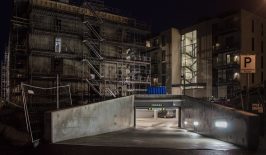 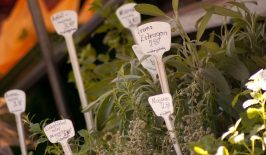 Even when the will is there, very few city-dwellers have enough space at home to grow their own fruits and vegetables. Could a DIY flat-pack vertical garden offer a solution? 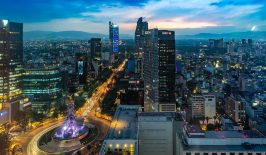