Clean, Green and Safe Food Carts Will Appear in NYC 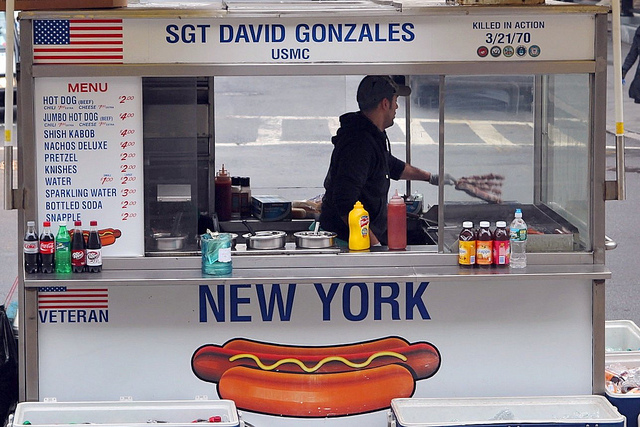 Food carts provide a fast food serivce at low cost and are accompanied (sometimes) by friendly street vendors. Not just a source of food, these diesel-powered cramped metal boxes are also a huge source of Greenhouse Gas (GHG) emissions such as carbon monoxide, nitrous oxide, and particulate matter – this over a period of 14 hours per day which is a typical stretch for small business vendors.

A Queens-based company called MOVE systems took notice and proposed a new 21st-century prototype of cheaper, cleaner, and safer mobile food carts for street vendors to help them clean up their carbon footprint. With a vision to cut down at least 60 percent of air pollution, they invented the  MRV100 cart, which includes solar panels, rechargeable battery banks, a hybrid generator system and a low emission fuel system. It’s a state-of-the-art mobile kitchen setup built to the highest federal safety standards.

“Each one is made artisanally in Queens and Brooklyn, at what we call chop shops,” says MOVE.

MOVE says that these modern green food carts cost in the range of $15,000 to $25,000 per cart, a sum that might be beyond reach for many small vendors. To cater these green-minded vendors, MOVE launched a new pilot system that was crowd-funded by New Yorkers and private partnerships, and offers to cover the cost of a fleet of 500 carts and looks to be up and running by the summer of 2016. 100 carts will already appear this summer.

MOVE imagines that the new technology with small Internet-enabled computers featuring GPS and a range of sensors will provide information that vendors can use to tailor their menus and point-of-sale systems.

It’s a novel idea to convert a hot dog-stand to a green “clean” mobile restaurant! 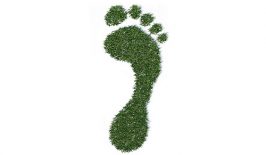 Fun and recreation can now be hugely associated to hi-tech gadgets. People enjoy indulging into adventurous recreational activities as much as they would like to get busy exploring their gadgets. But how responsible are they when it comes to recreation and choosing their gadgets and home technology?