Christmas Meatloaf and Cheesecake Cups are Heating Up the Planet 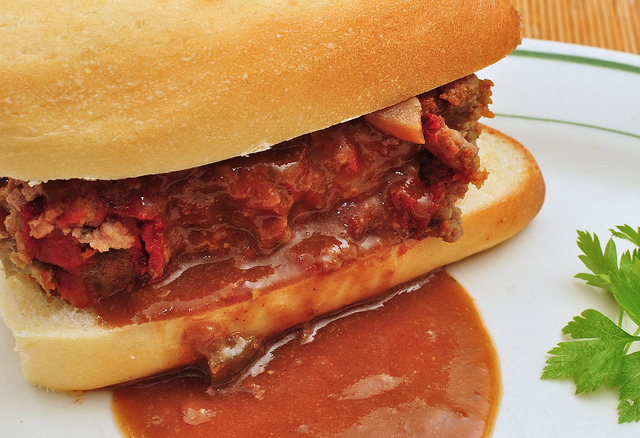 Look at the contents of your refrigerator: meat and dairy can have a huge impact on the climate,yet this is often overlooked, as told by a new study. That has to change. When we reach a ‘climate tipping point’, it means global warming is irreversible and reaches a critical threshold that cannot be controlled.

Scientists use climate change models and scenarios to predict different climate circumstances or situations that may arise by the end of the century, to estimate this “climate tipping point.” Early in 2014, a new study published by Oregon State University suggests that when climate variability synchronises in in the North Pacific and North Atlantic Oceans, this dynamic coupling may lead to a critical transition in our climate systems. Compared with the pre-industrial revolution, the Earth’s surface temperature has increased by about 0.85 °C.

Perhaps you only feel a slight increase, but vulnerable family farmers in Sub-Saharan countries bear the impacts of continuous droughts and extreme weather. If we fail to reduce greenhouse gas emissions, the average global temperature could creep up by 4 to 5 °C by the end of this century. A tipping point for climate change can happen at any time.

The existing international consensus is to maintain the temperature rise at no more than 2 ° C, however many scientists have even suggested tightening warming targets to 1.5 ° C. In May this year, NASA discovered six major West Antarctic glaciers are melting. These glaciers will continue to melt which could result in a sea-level rise by 1.2 meters. This is very likely to start a chain reaction, and further leads to the rest of the West Antarctic ice sheet to gradually melt, and sea-level will rise up to 3-5 meters.

Scientists have confirmed that if the planet heats up by 1-4 ° C, the Greenland ice sheet will completely disappear, and so the sea level will rise about 7 m. If the sea level were to rise one metre more, it would be enough to cause devastation to coastal areas in South East Asia.

Remember this rhyme: ‘We must turn down the heat and eat less meat!’ The foremost task to avoid climate change is to drastically reduce greenhouse gas emissions. One sall step that can have great impact is to consume less meat and dairy and change your diet. This is not just propaganda, but the responsibility of you, I and everyone, because it is about our future. 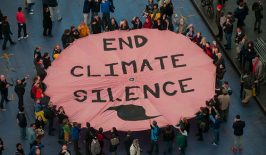