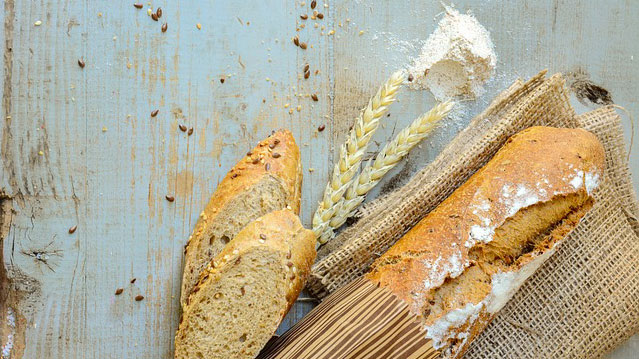 In the UK, a lot of the bread found on supermarket shelves has been made using the so-called Chorleywood Bread Process, a method which speeds up fermentation, significantly reducing the chance for good bacteria to grow. This method of baking has been linked to higher instances of irritable bowel syndrome when compared to more traditional processes of making bread. This, along with the fact that barely any of the million tonnes of wheat Scotland produces each year is put towards bread, spurred artisan baker, writer and real bread activist Andrew Whitley to found Bread Matters in 2003 as the answer to the questions more and more people were starting to ask: what’s in my bread, why am I getting discomfort when I eat it?

Whitley’s own research highlighted how the systematic adulteration of industrial bread through additives, a reduction in fermentation time to allow for a quicker loaf-churn – as well as green revolution intensive plant breeding for higher yields – have all contributed to a bread that has been been stripped of its mineral content and nutritional benefits. Bread Matters wants to correct the imbalance through ‘real bread’: unadulterated, slow-fermentation, nutritious sourdough bread made using traditional techniques (such as allowing dough to ferment overnight) and offers recipes, tips and lessons about making bread.

But beyond that, the team is rethinking our food model and looking at innovative ways to produce healthier food, stimulate local economies and make supply chains more ethical and transparent.

Since inception, the organisation has been taking on the system of intensive industrial overproduction of cereals, with its toll on the environment, human diets and health, and a system which also costs billions of taxpayer money in subsidies, to make healthy bread more accessible, while supporting local job creation and sustainability at the same time. As part of this, it carries out scientific research on grain varieties with the highest nutritional and ecological returns and has helped form a team of cereal scientists, farmers, millers and bakers dedicated to mapping out a “regional grain economy” that puts health, sustainability and food sovereignty at the forefront.

Through its Scotland the Bread initiative it helps communities in Scotland make their own bread from ‘soil to slice’. Working with Funding Enlightened Agriculture – a network of investors, social entrepreneurs, and food and farming experts, the team has set up a framework that redirects Scotland’s home-grown grains into bread and food production; educates consumers about industrialised food systems and encourages them to shop locally; creates a transparent food supply system; builds on research about adapting to climate change; and puts in place fair trade agreements with local farmers. As the project grows, Bread Matters is looking to set up new trading structures that address some of the shortfalls of the global food economy, though it has not yet specified exactly how these will look.

Through a holistic approach to bread making (and eating) and the processes required to maximise grains and bread nutrional qualities, Bread Matters promotes not just health but the knowledge and skills to build communities’ economic development with the lowest possible ecological footprint.

Got bread on the brain? Here’s Andrew Whitley himself showing us how easy it is to make a delicious and nutritious sourdough bread: 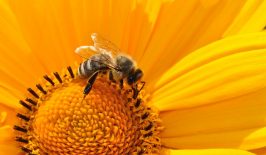 Bitter Truth: Biodiversity and The Business of Food

2010 was the International Year of Biodiversity and offered the world the opportunity to reflect on the role of biodiversity in our daily lives – in fact our bodies and our selves. We rarely make the connection between biodiversity of plants and animals, which we celebrate in the wild and our culture of food and lifestyles.