Brazil’s Decision on Terminator Seeds is One with Global Consequences 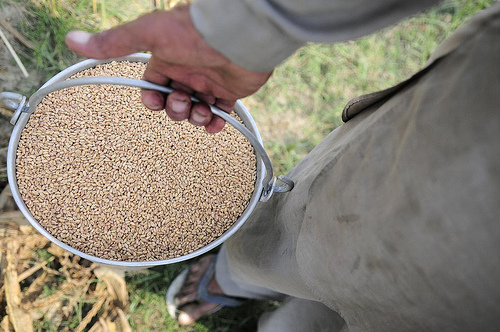 As Congress prepares to vote for terminator seeds, one can only hope that Brazil, which is at the forefront of agriculture, takes a responsible decision towards global food security.

Agriculture around the world is at a crossroads and in need for a necessary paradigm shift. Its importance cannot be ignored and its sustainability is the foundation of many nations. Yet, when it comes to taking policy decisions on agriculture and the livelihoods associated with it, decision makers tend to ignore the voices of most stakeholders and attempt to introduce reductionist solutions. This is most relevant with the drive by biotech giants like Monsanto to introduce risky Genetically Modified Organisms (GMOs) in food and farming under the fallacious argument of food security. But the most recent shocking reductionist decision comes from the other side of the world in Brazil, where their national Congress is all set to bring in a Bill that would give the green nod to terminator seeds.

The terminator technology was jointly developed by USDA and Delta & Pine Land Seed Company (which is now a subsidiary of Monsanto) in 1998. This new patent will permit its owners and licensees to create sterile seed by cleverly and selectively programming a plant’s DNA to kill its own embryos. The result of this is that the crops die after one harvest and farmers cannot save the seed, and will have to buy new seeds every single time thus making them dependent on the big seed companies. But fortunately massive opposition against this technology by Indian, Latin American and South East Asian peasants, and the world’s largest international agricultural research network – the Consultative Group on International Agricultural Research (CGIAR) – adopting a no-policy to terminator seeds, led to 193 countries signing up to the UN Convention on Biological Diversity, which recommended a de facto moratorium that finally shelved this technology.

But thirteen years since, and it seems like policy makers are debating the same dangerous technology. The facts have not changed and the threat from the introduction of the terminator seeds still remains. The risks include the spread of the seeds through pollination, the importance of farm-saved seed as resources to poor farmers, the potential negative impacts to genetic diversity, and the importance of farmer selection for sustainable agriculture. So why is the Government of Brazil so adamant on taking this unscientific and undemocratic decision which could be devastating not only for Brazil’s farming future but also that of other developing nations?

India is a farming nation with more than half of our population directly or indirectly employed in agriculture. Seed is the core of agriculture and its sovereignty is vital to food security and the well-being of farmers. Most seed in this country is the open source variety, which is not patented or controlled by companies, but produced by the traditional practice of saving and selection. The introduction of terminator seeds could disseminate this age-old tradition of farmers, which would lead to increased cost of cultivation and loss of control of their most important resource, the seed.

This aspect of control and over dependence on companies for seed is already prevalent in one type of GM crop in the country, i.e., Bt cotton, where 93 percent of the cotton seed market is owned by Monsanto’s proprietary Bt technology. The widespread marketing of Bt cotton which has led to its adoption has also led to the loss of other cotton varieties though India at one point was the centre of diversity for certain varieties of cotton. Like in the 1990s in India even today there is massive opposition by all sectors of society to GM crops and this was evident with the Bt Brinjal debate in the country which led to its indefinite moratorium. So there is no doubt that the GM terminator technology is not welcome by consumers and farmers alike.

We can be assured as India’s Plant Varieties Protection & Farmers Rights, 2001 has banned the use of terminator seeds. But if Brazil passes the Bill in early February this year when Congress reconvenes due to pressure from the GM lobby and the huge landowning groups, this will have a domino effect and will definitely open doors for the risky terminator technology in other second and third world nations. This decision will also come at a time when the UN Convention on Biological Diversity meets for its biennial conference in Korea in October 2014 and could lead to weakening of the moratorium. One can only hope that Brazil which is at the forefront of agriculture globally takes a responsible decision as introduction of this technology would mean loss of seed sovereignty for farming nations which will only lead to food insecurity, something the global population cannot afford. 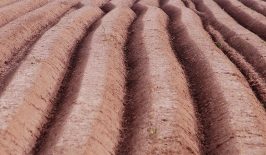 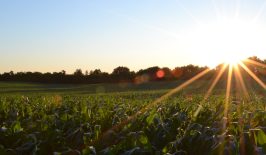 Grow It Where You Live – Seeds in a Globalised World

Seeds, worldwide, are the basic material for food production. This basis is threatened by international seed companies which pressure the sector with the aim of privatising and monopolising it. More and more severe regulations affect the exchange of seeds or results in them being given away for free.