We want your help in creating the biggest-ever digital Mexican wave in order to start a movement for toxic free football. You the football fans have always been a source of support for the players, now you can also become largest group of supporters for Greenpeace to protest against the use of chemicals in sportswear.

Greenpeace's Detox Campaign has been working to shift the sports good manufacturing industry towards a toxin-free future since 2011. The worldwide movement has already been able to enlist 20 major fashion companies which have agreed to remove hazardous chemicals from their products and supply chain by 2020. When the campaign launched three years ago, Adidas chairman, Herbert Hainer, promised to to rid dangerous chemicals from the production process. Since then, not much has happened. 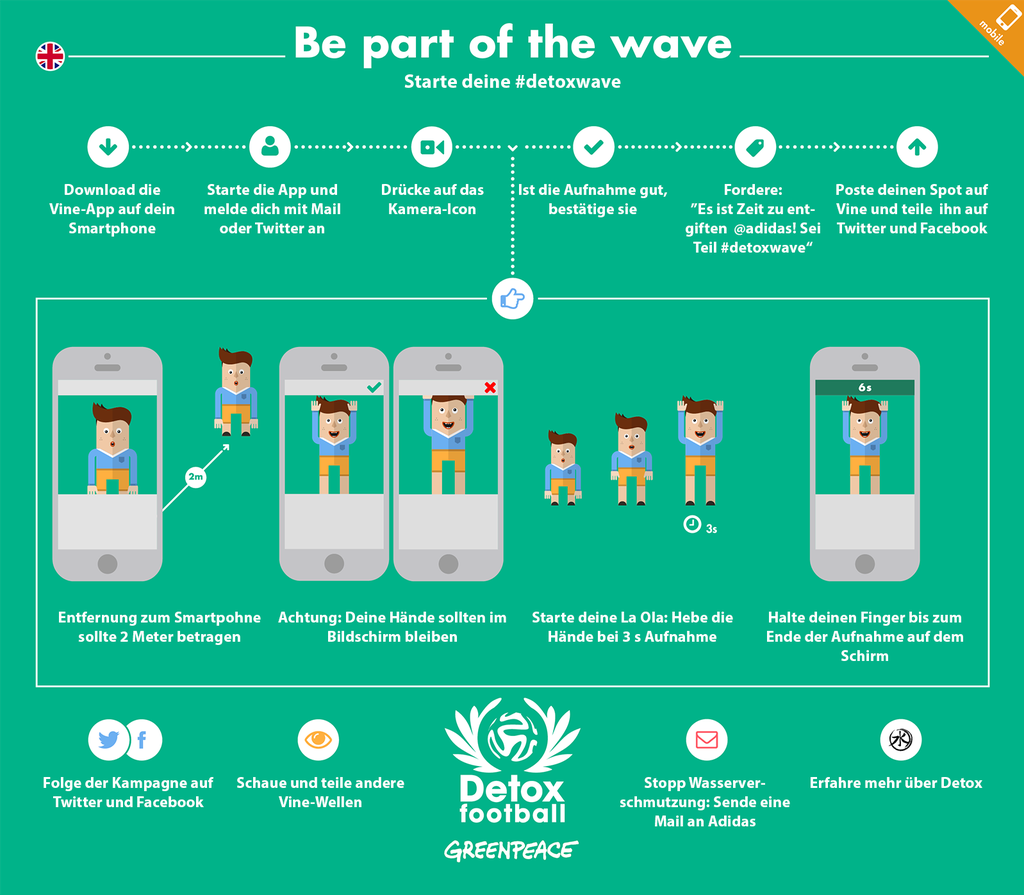 Because of companies like Adidas, 320 million people in China alone have no access to clean drinking water. The effluent resulting from textile factories contaminate rivers and drinking water with around two thirds of chinese waterways tainted with harmful chemicals.

This World Cup, Greenpeace has started the biggest-ever digital Mexican wave for their international Detox campaign to clean football. In order to get involved, you need to record a six second wave on your smartphone using Vine, tag it #DetoxWave and send that as a message to the CEO of Adidas, Herbert Hainer. We need to remind the CEO of his brand’s commitment to Detox.

Find out more about the Detox campaign, Join the #DetoxWave.