A Better World is Possible – But Is It Just One Click Away? 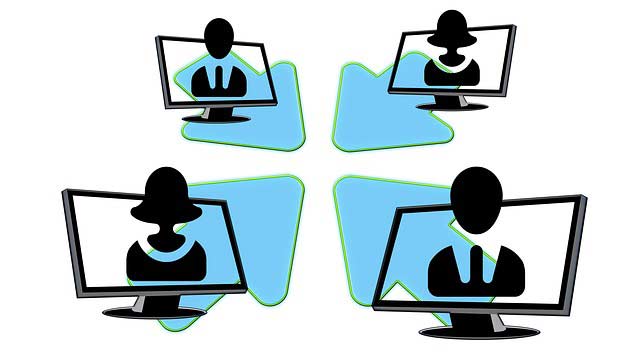 Sitting comfortably at your desk going through the daily online petitions which land on your inbox - a signature here, a share there – ever wondered how effective you may be as an 'armchair' activist? Is online petitioning really all that meaningful? A number of studies have been looking for answers.

Sitting comfortably at your desk going through the daily online petitions which land on your inbox – a signature here, a share there – ever wondered how effective you may be as an ‘armchair’ activist? Is online petitioning really all that meaningful? A number of studies have been looking for answers.

With online campaigning platforms such as Change.org, Avaaz.org, Activism.com growing in supporters and reach, as well as social media such as Twitter, Facebook and Youtube also offering anybody a platform through which to voice their concerns and generate awareness of and support for their causes, and with online campaigns reaching our inbox on a daily basis, it is fair to ask whether online activism really delivers on its objectives, be they on global issues such as climate change action, or on a more local scale such as a hospital closure.

According to research by Georgetown University ‘slacktivists’ (aka ‘armchair’ activists or ‘clicktivists’) – a term coined for people who sign a petition, like a campaign’s photo or share a campaign’s message via social media – may actually be more valuable than these terms would imply.

The study found that Americans who support causes through social media are twice as likely to take part in both online and offline supportive activities, when compared against those who do not engage in social media campaigns. Essentially their online campaigning supplements, rather than replaces, more tangible actions such as volunteering, donating and planning events. Indeed the study found that “they are twice as likely to volunteer their time (30 percent vs. 15 percent) and to take part in an event or walk (25 percent vs. 11 percent)”; also that “they are more than four times as likely to encourage others to contact political representatives (22 percent vs. 5 percent), and five times as likely to recruit others to sign petitions for a cause or social issue (20 percent vs. 4 percent)”, and “equally likely as non-social media promoters to donate their money in support of a cause (41 percent vs. 41 percent)”.

For Simon Willis of British Change.org, interviewed by The Guardian, petitioning through the Change.org site has been successful in raising awareness around issues that would not normally catch enough public attention, let alone generate enough momentum to make a real change, for what are generally underrepresented voices. Indeed, given that anyone can start their own petition on Change.org, he argues that ‘clicktivism’ could be the only chance some may have to try change the world.

According to a study by New York University’s Center for Data Science and the University of Pennsylvania’s Annenberg School for Communication, the power of ‘slacktivism’ lies in its network effect, that is its ability to engage a large number of people globally through the actions of just a few active participants. The study, which focused on the 2011 Occupy movement and the 2013 Gezi Park protests, found a ‘symbiotic relationship’ between on-the-ground activists and their online supporters, who spread the word about actions on the ground via Twitter posts and photo sharing, enabling those social movements to grow and gain more traction.

However, in another study by the University of British Columbia, participants were initially asked to engage in a cause through joining a Facebook group, wearing a bracelet or a pin, or signing an online petition. Later they were asked to donate money to, or volunteer for the same cause.

Interestingly researchers found that “the more public the initial show of endorsement was, the less likely participants were to provide meaningful support later on”, and that when “the initial support was more private, such as confidentially signing a petition, participants were more likely to donate time or money to the cause at a later date.”

The study points out that looking good rather than doing good can be a driver for online activism, therefore charities hoping for more substantial support and investing big chunks of their budgets on online campaigning may be left disappointed. However, for those online activists who are truly engaged in a cause, the study does seem to corroborate the more positive findings of the studies mentioned above, linking online activism to also donating money and/or time later on.

Overall it would seem therefore that ‘clicktivism’ can be a very powerful tool for spreading awareness about issues and groups who may be traditionally underrepresented in the political debate. And as a supplement, rather than a replacement, to on-the-ground actions (such as campaigning, donations and volunteering, seeking dialogue with elected representatives and holding them to account, researching and producing information materials) it can – with a click of the mouse – help engage a huge number of people, who in turn may also donate more of their money or time to those online causes.

Clicktivism can also help drive traffic to particular websites helping them to raise advertising revenues: when put to good use, such revenues could help bring about real change on the ground.

The video below – narrated by actor Alan Rickman who just recently passed away – is one such example.

Find out more about online activism via our Knowledge article: Digital and Online Activism 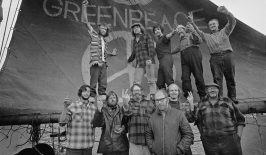 How To Change The World: Mindbombs and the Media

A new award-winning documentary traces the founding and development of Greenpeace, arguably the most-famous and most-powerful ecological movement in the world. 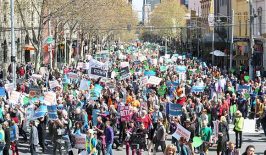 How to Make a Difference – Tips for Effective Activism

When an elected official receives a hundred letters they take notice. When a company director gets a thousand e-mails direct to their inbox, it makes things happen. Use your voice to demand change for the things you care about.